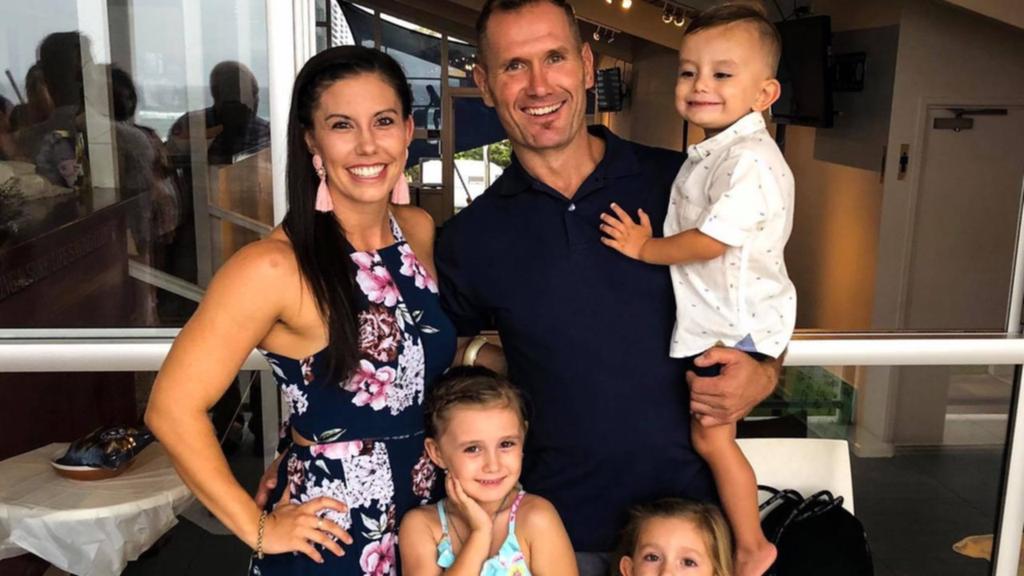 Brisbane mum Hannah Clarke, who died after her estranged husband set her car on fire with her three children inside, did not believe she was a victim of domestic violence, a friend says.

The couple had been separated since before Christmas last year after Hannah left the family home and took daughters Aaliyah, 6, and Laianah, 4 and son Trey, 3, to her parent's house in nearby Camp Hill.

"I work in domestic violence ... so when she first confided in me we spoke about the violence and for such a long time she didn't believe she was in a domestic violence relationship," Manja Whaley of Mt Cotton told Nine's Today Show.

"It hadn't crossed her mind, because as she said to me, her words, 'he didn't hit me'.

"I then started unpacking with her the emotional abuse, sexual abuse, financial abuse, and she had experienced all of those."

While setting out on the school run, her estranged husband Rowan Baxter approached their SUV and sat in the passenger seat.

Exactly what happened next is still being investigated, but a witness reported Hannah jumped out of the car on fire in Raven Street, exclaiming "he's poured petrol on me".

The children, who were strapped into the back seat, perished in the flames.

Mr Baxter is believed to have died from wounds self-inflicted with a knife.

Queensland Police have revealed Hannah and Mr Baxter had been previously referred to support services, and police had received reports of domestic violence within the family over several months.

A Brisbane court granted at least one domestic violence order against Mr Baxter.

"There was the checking of her accounts on Facebook, the accusations of her cheating ... she would get dressed and she would be picking up her clothes and he would say things to her 'like look at your stomach, that's just disgusting'," Ms Whaley said.

According to Ms Whaley, who said she has worked in the domestic violence sector 10 years, Hannah left Mr Baxter on December 5.

The death of Hannah and her children has sparked an outpouring of grief and anger on social media and has been noted by Queensland Police.

"Our investigations have shown us quite clearly that there is a palpable sense of grief and mourning amongst the community," Detective Inspector Mark Thompson said.