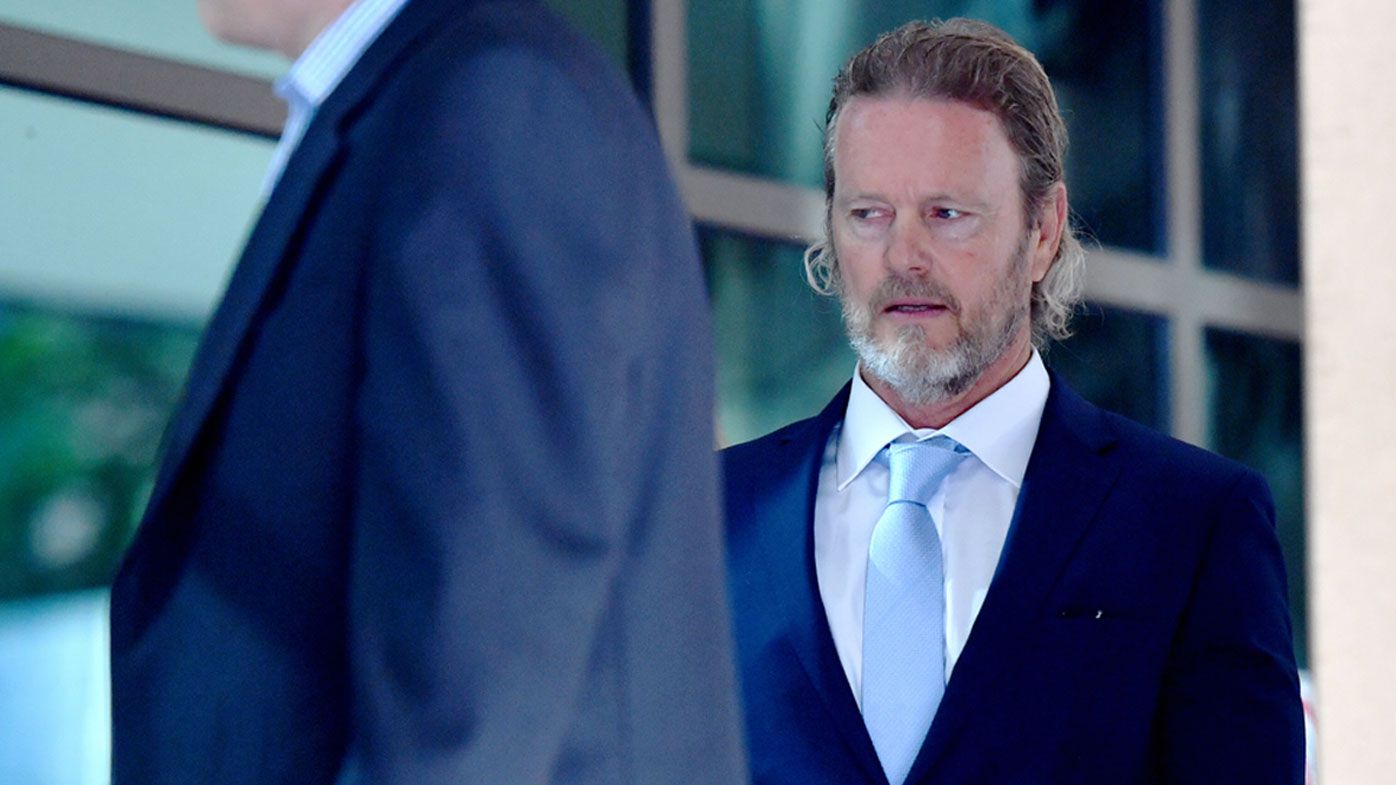 Four alleged victims of Craig McLachlan say they were regularly indecently assaulted by the Australian actor while working on a Melbourne production of The Rocky Horror Show.
The former Neighbour's star is facing seven charges of indecent assault, one of attempted indecent assault and another of assault between April 26 and July 13 of 2014.
McLachlan, 54, had been starring in the Rocky Horror Show stage production, in the role of Dr Frank-N-Furter, at the time of the allegations. The actor, who was supported in court by his wife, denies all allegations.
All four alleged victims are expected to give evidence in person in the Melbourne Magistrates Court throughout the three-week hearing, with one asking to be hidden behind a "shield", which is likely to be a court whiteboard. The court will be closed during the evidence of the complainants.
On the opening day, prosecutor Matt Fisher said McLachlan shared a number of scenes with co-workers, one involving a bed, where the TV actor "went beyond the role".
"The accused disappeared behind the covers, there he kissed (an alleged victim) on her neck, breasts, stomach and buttocks," Mr Fisher told the court.
"(This) occurred on at least 20 occasions. (She) would wriggle and try to avoid.
"In front of a large audience (she) felt as though she was trapped."
Mr Fisher said McLachlan stands accused of sexually assaulting a second co-star on "several occasions". He claims the former Home and Away actor pinned her arms to his body and pushed his groin into her stomach area. The actor is then accused of making "circular movements".
McLachlan is also accused of an undirected kiss during a live performance.
"She froze, feeling unable to move in the spotlight. She started to cry while still on stage," Mr Fisher told the court.
He said when the woman confronted McLachlan, the former soapie star allegedly threatened her career. The woman later told others about the undirected kiss and signed a formal statement in January 2018.
Mr Fisher said a third alleged victim claims McLachlan asked to speak with her privately where he allegedly told her she was beautiful, and he couldn't stop thinking about her. He then allegedly put his hands on her cheeks and lent in and kissed her with "a closed mouth in a romantic manner".
Mr Fisher told the court McLachlan allegedly told the woman later: "I'm so embarrassed, I've made a fool of myself. I'm such an old fool."
Mr Fisher said the woman told McLachlan "not to worry about it and to maintain a professional relationship".
The woman claims on another occasion McLachlan allegedly straddled her in a Greenroom couch and kissed her three times on the side of her neck. Mr Fisher said McLachlan allegedly then asked "too much? Did I linger too long?". Mr Fisher said the woman made a note of the incident by recording it on her iPhone. He said others also witnessed the alleged incident.
Stuart Littlemore, McLachlan's defence lawyer, reiterated the actor's denial of the allegations.
"There's a denial that any assault took place, not a denial of physical conduct," Mr Littlemore told the court.
He said the defence's case is that there was "actual consent".
In response to allegations of an unwanted kiss during the performance, Mr Littlemore said it was not assault or indecent but was consented to in the sense it was part of the performance.
"In circumstances where my client has "a license and discretion to adlib. That just doesn't refer to the use of words, but physical. Of what actors are keen to call bits of business," he said.
Mr Littlemore called for a number of charges against his client to be quashed.
McLachlan's defamation lawsuit against Fairfax Media, the ABC and a former co-star are on hold, until after the criminal charges are dealt with.
The hearing continues.

Victim speaks out as dentist found guilty of rape

Hundreds flee Victoria for SA ahead of midnight lockdown