Wonderful life plays on the radio for Christmas 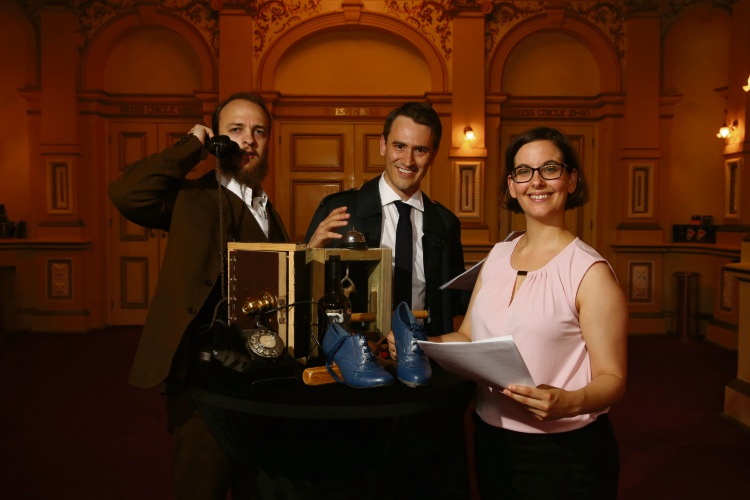 IT’S A Wonderful Life: A Live Radio Play is testament to the enormous amount of goodwill and generosity in the Perth theatre community.

The project was created last year by actor Nick Maclaine and director Katt Osborne, who wanted to start the Christmas traditional of performers donating their skills to raise money for different organisations.

It began with a season of A Christmas Carol at The Blue Room Theatre and continues this year with It’s A Wonderful Life: A Live Radio Play at Downstairs at the Maj, November 21 to 23.

“This is our follow-up project effectively and this time we’re raising money for Anglicare WA,” Maclaine, of Perth, said.

“It’s a really good fit around Christmas time to try to support a charity looking after people experiencing homelessness and struggling with poverty and financial insecurity, and an ideal fit for a piece like It’s A Wonderful Life which thematically is all about community.

“It’s a really special thing to know that we’ve asked a bunch of incredible performers like Steve Turner, Luke Hewitt and Jo Morris to donate their time and talent to this production and they’ve all said ‘yes’.”

Maclaine, who studied at UWA and WAAPA, said they were working with American writer Joe Landry’s adaptation of the screenplay, where the audience will effectively experience a live recording of a radio play.

“The actors are all on microphone and on script, reading and recreating the story,” he said.

“Usually the actors will be playing lots of different roles as well, so part of the fun is watching actors switch quickly from one very different character to another.

“We have a three-piece band supporting them and a live foley artist in the wonderful Andrew David. Foley uses whatever practical effects necessary to create sound effects in real time.

“It could be dialling an old telephone to give that old-time sound effect or cereal in a bowl being crunched to recreate the sound of snow.

“Sometimes the sound effects are a little lateral and part of the fun is watching how these things are being created.”

Maclaine is in the role of George Bailey, played by Jimmy Stewart in the film, who wants to leave his small fictional hometown of Bedford Falls in New York.

“The movie kicks off where he’s at his lowest point after a whole bunch of things have simultaneously gone wrong and he’s feeling like he’s wasted his life and is better off dead,” he said.

“An angel comes down to show him what the world would have been like if he’d never been alive.

“I think it will be a great night of connection and heart-warming theatre.”THE ESSENTIALS

What: It’s A Wonderful Life: A Live Radio Play

Where: Downstairs at the Maj