What’s on in Perth this Christmas 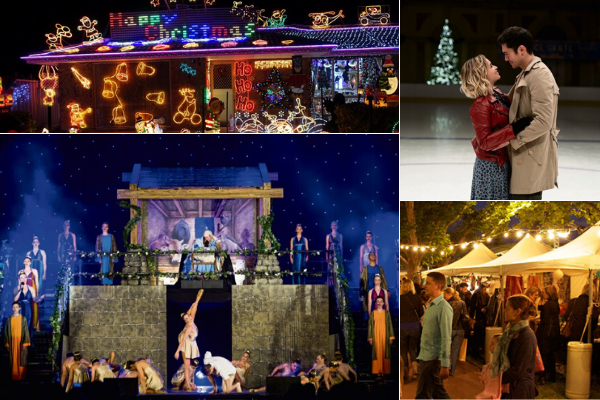 FESTIVITIES for those celebrating Christmas will be in full swing, with popular events returning to Perth this month.

Shoppers are expected to flock to stores with the additional 35 hours approved to extend retail opening hours from December to early January.

But that’s just the start of a string of events and activities to jingle the bells across Perth.

Here are some of the things we’ll be doing this Christmas:

The lights trail in Perth CBD has returned for the third year, with new installations to brighten up the city.

With 40 days on the calendar, there will be plenty of time to explore all of the lights on offer or repeat the trails.

Perth Zoo’s school holidays will include Santa setting up his cabin at the zoo’s Bukit Station from December 14.

The elves will be busy setting up the lounge room for zoo visitors to take Christmas photos with Santa.

A Festive Jamboree at His Majesty’s Theatre, December 12–14

‘Tis the season to be merry with the Perth Cabaret Collective who will be putting on a festive show at Downstairs at The Maj, His Majesty’s Theatre.

The group will sing everyone’s favourite Christmas songs accompanied by a little PCC cheek, across the second weekend of December.

Take a stroll around Kanji Loop in Atwell or Barra Close in Leeming to see the massive efforts families have put into their lights display.

Gates to the Supreme Court Gardens will open at 4pm for the free nativity show with more than a hundred performers and live animals.

The location is close to the retailers for shopping and the extensive lights trail around the City for a jam-packed day of Christmas fun.

No need to fret for gift shopping with the abundance of markets offering unique creations for local businesses.

A large group of WA creatives will also gather at Perth Makers Market in Applecross on December 15.

Market stalls in Railway Lane at 140 William Street will be held at 11am on December 18.

With more than 150 performers, the magical evening will feature a program of festive classics from ballet, opera and movies, including a special appearance from Santa.

The picnic and activities will begin from 5pm while the show starts at 7pm but be sure to stay for the fireworks finale.

The most recent Christmas romantic comedy to grace the big screen is penned by Emma Thompson and included hits from George Michael.

Ellenbrook will be transformed as they hold a Christmas show at 5pm and pageant at 6pm.

The Voice finalist Jordan Anthony will perform at 7pm and fireworks will light up the sky at 8pm.

The evenings will feature a pop-up bar, live entertainment, festive markets and food trucks to enjoy as the sun goes down.

With Christmas classics on the big screen from 5.30pm, Twilight Tours on offer and family photos with Santa in the stadium, there is sure to be something for everyone.