Surfer bitten 'to the bone' by shark at NSW's Windang Beach 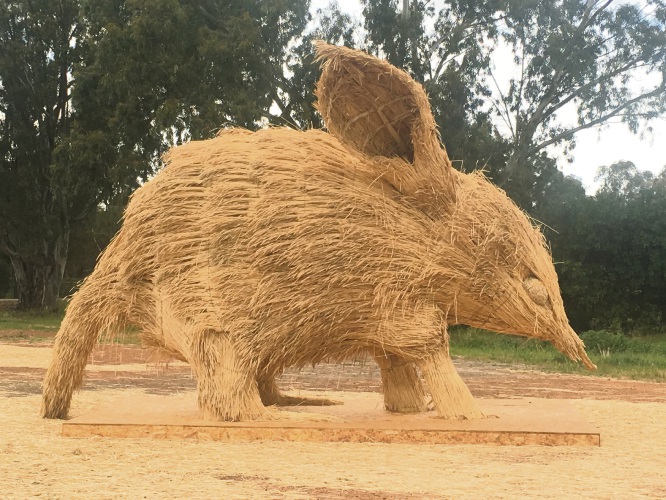 YORK may offer residents of the Wheatbelt town a relaxed lifestyle but it keeps Jenny Garroun busier than she has ever been before.

Six years ago, the cafe and gallery owner noticed WA’s oldest inland town, once known for its festivals, had gone quiet after events had either dissipated or moved to other locations.

Her response was to start The York Festival which gets bigger and better each year.

“It’s a festival that celebrates its location in the Wheatbelt,” festival director Garroun said.

“The atmosphere of the festival is different to a lot of events where there is a central energy with lots of activities happening in that location.

“Our activities are spread right across the town and more and more of the York community are involved.

“The York Festival is presented by LiveLighter so we’re encouraging people to park their car, grab the trail map from Town Hall and walk to as many of those locations as they possibly can.”

This year’s events run across three weekends from September 28 to October 13, with music, art, food, performance, workshops, exhibitions and activities for all ages.

The main attraction will be the Japanese Wara art sculptures around the town centre.

“A few years ago we had a hay bale challenge which was a sculpture competition that invited artists to make a sculpture using a small bale of hay,” Garroun said.

“After the 2017 festival I was introduced to Wara art (using rice straw) which they’d been doing in Japan for nine years.

“I thought it was amazing and wondered if we could do that with wheat straw, so we invited them to help us last year.”

The designs were done in Japan and then the Wara artists travelled to York, staying for five weeks to work with Australian artists and lots of volunteers.

The result was three sculptures of endangered fauna that proved incredibly popular.

“You can’t believe something so big could be made out of such a flimsy material,” Garroun said.

“We didn’t have a long-term game plan and thought they’d just be pulled down and taken apart at the end of the festival, but people loved them so much that we left them up.

“At the moment they’re looking rather shabby because they’ve been through the winter rain but structurally they’re quite sound and are about to have a bit of a facelift.

“We’re aiming by the time this year’s festival opens that there will be six sculptures; two from last year and four new ones from this year.

“People can learn a little bit about Japanese culture and endangered Australian fauna at the same time.”

Japanese culture will also be celebrated at A Day in Japan on October 5 with tea ceremonies, martial arts, origami, bonsai and other events.

“With increasingly more Japanese visitors coming to see what we’re doing, we thought it would be nice to celebrate Japanese culture.”

Entry to festival events is free or by gold coin donation.

The program is at www.yorkfestival.com.au.

Spring has sprung in your garden

A woman patient at the WCH has tuberculosis, sparking a health alert

Brightest primary students get taste of university life at ECU