Elderly man stabbed in the back by runaway attacker 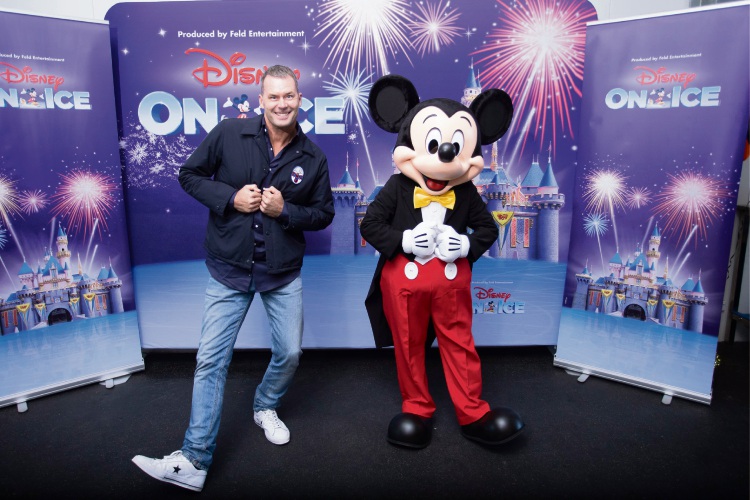 TOM Williams’ daughters Storm (5) and Sloane (3) have never been overly impressed to see their dad on TV.

It was a different story when he came home and told them he was going to be hanging out with Mickey Mouse.

Williams is the first male Disney on Ice ambassador in Australia and the media personality, who recently turned real estate agent, is thrilled by the honour.

“It’s a thoughtful nod to the dads out there to say, ‘come along and enjoy all the magic that Disney puts on show at Disney on Ice and enjoy it with your family’,” Williams said.

“How could you say no when Disney come knocking at your door; they provide such wonderful entertainment for the family.

“In a world that can sometimes get clouded by a lot of negative things, I think the escape of Disney and its magic is something we all have great memories of – and if you can share them with your kids, all the better.”

Sydney born and bred, Williams said his earliest Disney memory was the music and visual effects of Fantasia, while his daughters, being sisters, were understandably fans of Frozen and Moana.

All three of these films feature in Disney on Ice celebrates Mickey and Friends at RAC Arena, from May 31 to June 3.

Along with many more, as Mickey and his friends take audiences on a trip down memory lane to commemorate 90 years of Mickey Mouse and honour Walt Disney’s legacy.

Williams said he was looking forward to experiencing the magical show, especially seeing the joy in his children’s eyes.

“Everything is going in the blink of an eye right now and they’re growing up so fast.

“We’re just really excited about getting them along for the full winter rush of ice skating.”

What: Disney on Ice celebrates Mickey and Friends