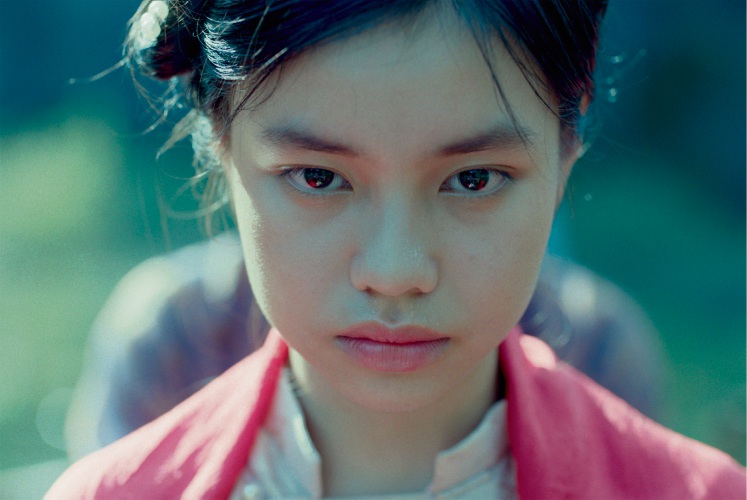 BENEATH its seemingly benign, painterly surfaces and arthouse conventions depicting traditional, historical rural Vietnamese life, The Third Wife has some of the shock and perversion of classic horror.

Set in the late 19th century, and based on historical elements of Mayfair’s own family, May is to become the third wife of wealthy landowner Hung (Le Vu Long).

There is a strong sense of ritual, as May is married and becomes pregnant quickly, all the while observing the machinations of this polygamous, patriarchal household, particularly through the experience of first wife Ha (Tran Nu Yen Khe) and second wife Xuan (Mai Thu Huong).

An unexpected development with Son (Nguyen Thanh Tam), Hung’s adult son with Ha, epitomises the emotional unravelling that dwells within such constrained and autocratic relationships.

His bitterness at being forced into an arranged marriage stabs at the heart of the inbuilt expectations of these cultural practices, with increasingly tragic consequences for him and his wife.

Much has been made of the sensuality of Mayfair’s directorial debut but the strongest sense is that while nature will play out in its inexorable, often beautiful way, an emotional life is much less circumscribed.

These characters evoke a dream-like state, sleep walking in relative splendour through their repressed environment, acting out their deepest desires despite themselves.

May’s gradual awakening from her slumber is as much a critique of the contemporary struggle against patriarchal practices as that of her forebears.

A woman patient at the WCH has tuberculosis, sparking a health alert

Brightest primary students get taste of university life at ECU

Boys, 11 and 12, charged over alleged attack on Perth rideshare driver