The mistreatment of Vietnam Vets: myth and history 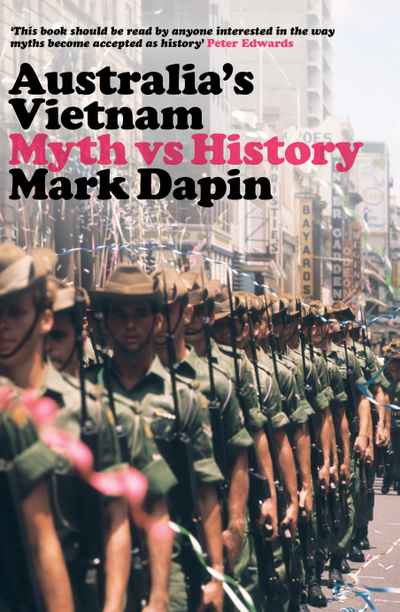 August 18 is Vietnam Veterans’ Day in Australia. Every year we can rely on right-wing commentators to trot out the now-familiar stories of Vietnam Vets being abused when they returned to Australia.

Mark Dapin has researched these stories in depth and found that none of them are completely true and most are demonstrably false.

Dapin has written extensively about Australian Army experiences, including the Vietnam War. Among his books are The Nashos’ War and Jewish Anzacs. He also edited the Penguin Book of Australian War Writing.

Australia’s Vietnam began life as his history PhD thesis, and it shows the exacting standards of academic research. He has personally interviewed a considerable number of Vets, having established relationships when writing The Nasho’s War. Dapin says that he found it difficult to produce this history.

He initially believed the harrowing stories Vets told him. It was only when he searched for corroborating proof that he discovered the truth, leaving him feeling that he was betraying friendships.

Probably the most common myth about returning Vietnam Vets is there were no welcome home parades. Another myth is that anti-war protesters attacked returning soldiers.

In fact, there were16 parades, As an appendix, Dapin lists the battalions that participated, the number of marchers, the estimated size of the crowd, what dignitary took the salute and if the press reported any protesters.

Far from protesters haunting these parades, press reports only record their presence on four occasions, including the May 12, 1967 Sydney parade where the Sydney Morning Herald said there was possibly one.

Dapin methodically goes through all the stories and cross-checks against contemporaneous records. Stories that vets were spattered with blood by protestors, jeered at and called baby-killers all come up as false.

So, why do Vietnam Vets perpetrate these myths?

Dapin suggests the answer lies in a story told him by a PTSD-suffering Vet. He attached Claymore mines to the bodies of dead Viet Cong soldiers, blowing them to shreds in order to “piss off” the ones still living.

The Vets telling the tales of being disrespected when they returned are displacing their confused feelings onto those who tried to save them from the horror of the Vietnam War.