US sanctions pro-China leader of Hong Kong, other officials

The Base Note scent of a dream 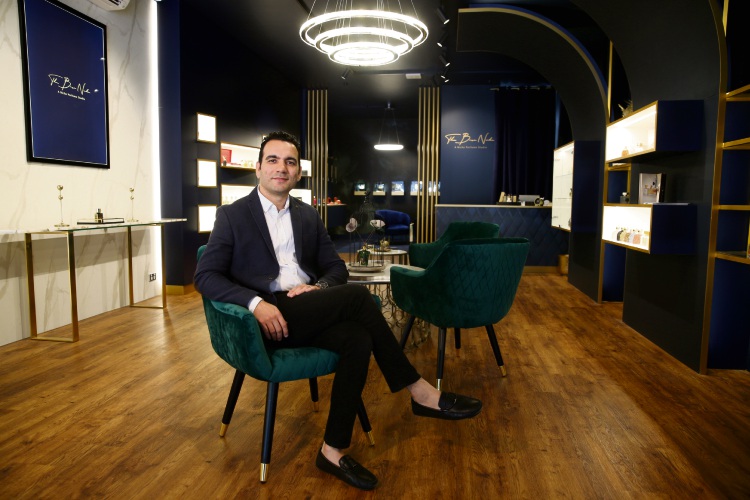 At home among high-end outlets, The Base Note houses a remarkable collection of fragrances, including Royal Orris from French brand Vertus, priced $2100.

Unleashing his passion for exotic scents, Bahrami – a former industrial engineer from Iran – is filling a niche for local collectors and those looking for a sumptuous signature smell.

“Perfume was an old passion hidden in me. In my country – and even here – people lose sight of their talent and desire because life pushes them to things like money and working,” Bahrami, of Duncraig, said.

“I always wanted to be a good painter, designer or architect – these kinds of things I liked.

“I remember asking my father if I could study art and he said: “No, you should become an engineer.”

After decades following his father’s wishes, Bahrami decided it was time to live his dream: it took two years to make the shift and shake the inner struggle.

“When you move somewhere else it is an opportunity to make a fresh start,” he said.

“So I thought, what are my passions? I started writing them down: watches, exotic cars – for some of them I did not have enough money!

“Fashion was another… in the end I came to perfume and found there was a gap in the market for fragrance in Australia.”

But the physiological struggle was not Bahrami’s only obstacle, he faced complications with importation and suppliers.

“It was very hard to import the fragrances because they are considered dangerous goods,” Bahrami said.

“Whenever something touches the skin there are a lot of limitations.”

Several perfumes were hard to source because of the brand’s requirements: the perfumery needed to meet a level of sophistication.

“I sent the brands images of the venue and we changed design several times: that made it more stressful and I had a very limited budget,” Bahrami said.

Royal Orris, part of the Vertus Gem Collection and the perfumery’s most expensive offering, is housed in precious metal and gem-encrusted bottles.

It is a powdery floral-woody composition with orris (resin extracted from the roots of irises) at its heart.`

“This high price is not because of the bottle or presentation, it is the iris: iris is one of the most expensive components in perfume,” Bahrami said.

“They use the root of the iris flower, grown in Florence, which has to be dried for two years before it can be extracted for the essence.”

Steph Cairns speaks after sentencing of killer HGV driver who took the life of her son Joe, 14 (part 3)

Air India plane crashes in Calicut after skidding off the runway

Calls for dentists to help stem opioid addition in Australia

A new virus from China is here to scare the world