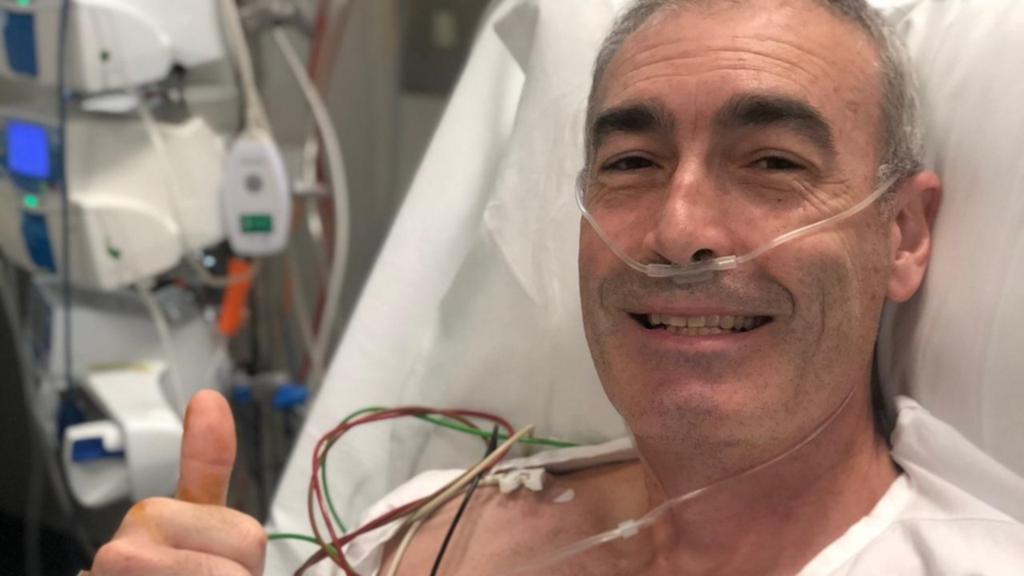 The original yellow Wiggle wasn't far from the minds of his bandmates and fans as the group took to the stage without him after he suffered a cardiac arrest during a fundraising concert.

Greg Page was on Sunday in a serious but stable condition in Westmead Hospital after he collapsed to the ground as he was walking off the stage during a bushfire relief concert on Friday night.

The 48-year-old had to be revived and has undergone surgery to have a stent inserted into his heart.

The original Wiggles line-up of Page and Anthony Field, Murray Cook and Jeff Fatt were performing the first of two fundraisers for the bushfire relief effort.

The band carried on with its planned second show at Castle Hill RSL on Saturday night, saying Page's main concern was that the show go on.

"Let's raise the roof tonight and do it for Greg whilst raising funds for the Australian Red Cross and WIRES," the group said in a Facebook post on Saturday.

Emma Watkins, the current yellow Wiggle, took his place during the Saturday concert.

Watkins, also known as Emma Wiggle, said Page would be in their thoughts during the performance.

"We are thinking of you so much, sending you love and healing. Everyone adores you and wishes you a speedy recovery. We love you and we will be performing tonight thinking of you and to help raise funds for victims of the tragic bushfires," she said on Instagram on Saturday.

They performed CPR and used a defibrillator on him before ambulance officers arrived.

"I didn't go to a Wiggle concert expecting to do that," Ms Jones said.

"It's a bit surreal. I do things like that everyday at work, I didn't expect to do that without equipment and everything like that."

Mr Page complained of feeling unwell after appearing on-stage for an hour before collapsing. It was later revealed he suffered a heart blockage.

Paramedic Brian Parcell, who worked on Mr Page as he was taken to hospital, said he would not be alive if it weren't for the efforts of those who performed CPR.

"We found Greg was unconscious at that point but he had cardiac output, his heart was actually beating," Mr Parcell said.

"It's only through the efforts of the bystanders before we arrived that he's alive today.

"It's actually an extraordinary story of survival. The message is that the more people who learn CPR and use defibrillators, the more lives we're going to save."

Mr Page left the children's band in 2006 due to poor health and returned for a second stint in 2012.

In 2006 he revealed he was suffering from orthostatic intolerance, which caused problems with the function of his heart when standing.

Coronavirus crisis: Morrison insists Australia right to stay ahead of WHO advice

Queensland girl with cerebral palsy tasered by police at school