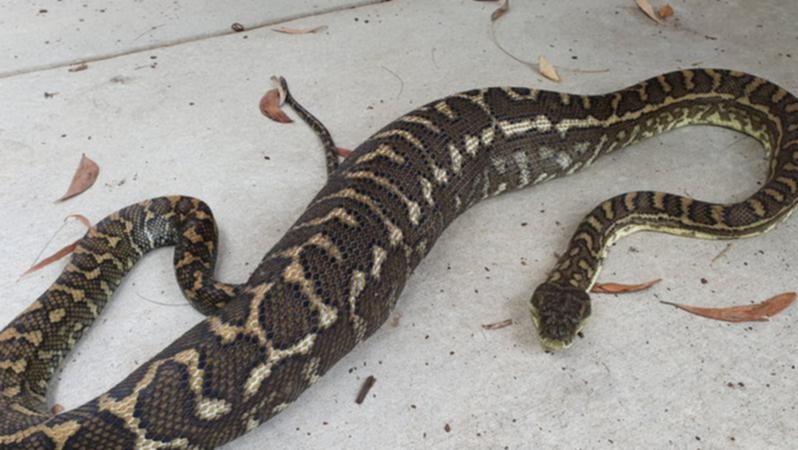 A family’s beloved cat has been swallowed up whole by a python on the Sunshine Coast.

Snake catcher Stuart McKenzie was called to a home on Monday morning by a woman who found the two metre long snake sleeping in her garden with a bulging belly.

“I took the snake to the local vet and we scanned for a microchip and sure enough it was a family’s pet cat,” he wrote in a Facebook post.

“The owner of the cat was contacted by the vet and she called me afterwards and we had a good chat.

“She was obviously very sad and her kids were devastated.”

Mr McKenzie said it was uncommon for pets to be eaten by the protected reptiles, but warned owners to keep their cats from exploring their neighbourhoods.

The snake was released back into the wild.