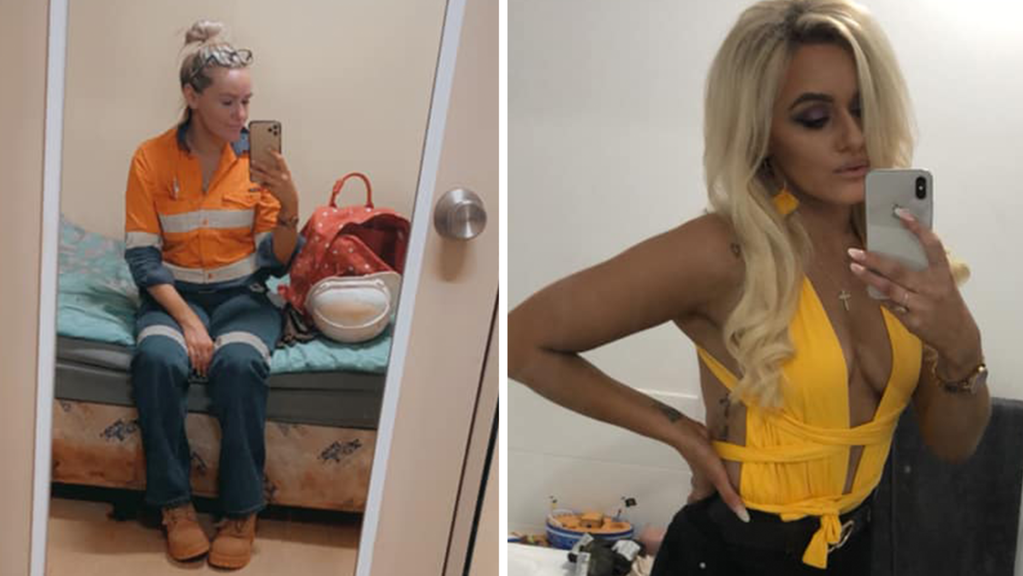 She said the public perception of FIFO workers living large on big pay packets and kicking back on their days off was skewed.

Instead, Ms McKinney, a production technician who has worked a two weeks on and one week off roster at BHP’s Area C mine site just outside of Newman for the past two years, said conditions were tough.

“So before you go thinking I live a well maintained lifestyle, take a closer look!” she urged followers.

Ms McKinney said she fell into bed sore and tired at the end of days that start with a 4am wake-up and finish 6.30pm.

“14 days isolated from normality in the middle of Australian outback, broken spring bed that hundreds have laid their head down in before, food that we don’t decide we want, don’t like it? Tough!” she wrote.

“Loneliness like you wouldn’t believe, no one to hug and ask how ur day was!”

In the post, which has been shared more than 2000 times, Ms McKinney said she had lost friendships and a relationship thanks to her anti-social work schedule.

“People soon forget about you an u stop getting invited eventually and when ur home their working, unable to sustain a relationship because really, how can you know someone u see 12 weeks a year right?

“Relationship failed because we ain’t at home resulting in serious family issues.”

Contending with the red dust of the outback was also a downer, especially for anyone, like her, who had blonde hair.

“Same dirty, orange uniform every day cause well fighting over a washing machine that’s had 100’s of uniforms in before is a thing!!”

And, the days off were not spent out partying. The reality was far more boring.

“7 days off doesn’t sound bad eh? Let’s see ... you spend 2 of those days sleeping an trying to get back to sleeping at night coming off night shift, catching up on all appointments, doctors, hair, dental etc. seeing family (most people here have small children, imagine your kids not seeing you for weeks).

“Trying to eat again cause ur body clock is a mess, do the shopping, cleaning, sort your clothes an trust me, might not seem much but this consumes the week, & then, it’s fly out day! Back to repeat it all again!”

Ms McKinney said she was not saying her FIFO job was worse than others, but when workers were committing suicide and mental health issues were through the roof it “obviously isn’t the best!”

“So please, stop treating it like it’s the best thing since “sliced bread” or “lice spread” in my terms! It ain’t easy we don’t need ur comments about this easy life you think we have.”

When you should get your flu shot and how

US murder-suicide linked to coronavirus fear