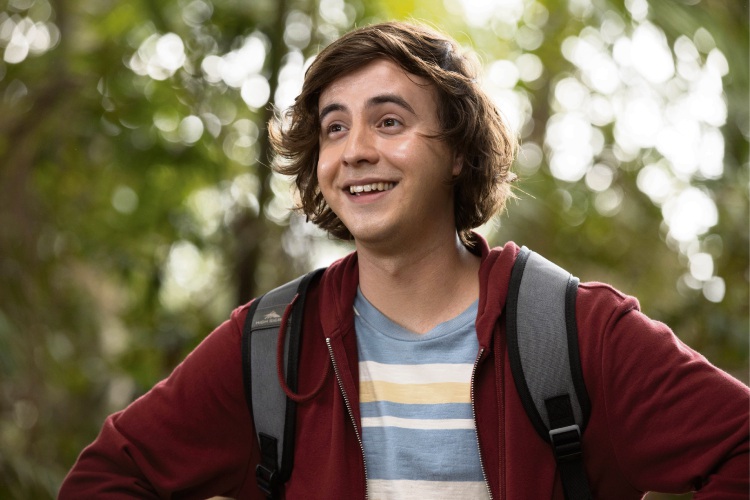 FOR 24-year-old Perth born actor Nicholas Coombe, making a movie in his home country was a dream come true.

“It was always a dream to make Hollywood films in my backyard, so when I got the call and they said ‘hey Nick you’ve booked the role and we’re flying you out to Queensland in two days’, I lost it I was so excited,” Coombe said.

The Thornlie Christian College and Carey Baptist College alumnus plays Randy in Dora and the Lost City of Gold, a live action film adaptation of the beloved Nickelodeon cartoon Dora the Explorer.

In the film, the Gold Coast’s rainforests and Village Roadshow Studios are a stand in for the jungles of South America.

“The landscape here is so diverse and unique, we were shooting in the rainforest and then we’d be out in the middle of a cornfield which was only a 10-minute drive away,” Coombe said.

Coombe moved from Perth to Vancouver six years ago just days after his 19th birthday to pursue acting and has since built up a lengthy resume, with Dora and the Lost City of Gold his first big feature film role.

“My family didn’t have Foxtel so we didn’t have access to Dora the Explorer, but whenever I was at a friend’s house that had Foxtel we’d always have Nickelodeon on so I’ve known Dora ever since I was a kid,” Coombe said.

His character Randy was created for the film, a nervous and nerdy Los Angeles high school student who gets accidently swept up in an adventure with Dora to track down her parents on an expedition to find the lost Incan city of Parapata.

Alongside Americans Isabella Moner as Dora and Jeff Wahlberg (Mark Wahlberg’s nephew) as Diego, Coombe is joined by fellow Australian actor Madeleine Madden as another new character Sammy whose status as top of the class is threatened by Dora’s arrival.

“I like to say we were (the American actors’) translators at the start of the shoot, we definitely did teach them some of the slang over here but they caught on pretty quick,” Coombe said.

“The rainforest we were shooting in had no reception, so a bit like the film we actually couldn’t use our phones, but that was a really nice experience.

“We’d be out there for 12-hour, 14-hour days filming and we’d be sitting around under these giant trees sharing stories with each other and cracking jokes.

“I think that was one of the really cool things about the Latino cast, in their culture they’re very family oriented so they all brought that energy with them, we became a really close-knit family.”

Coombe said when he first read the script the thing that really struck him was how funny it was.

“I didn’t expect it to be a comedy but I found myself laughing out loud, especially at Randy he was such a funny character,” he said.

“I love awkward comedy, I’ve grown up watching Seth Rogen films and I’m a big fan of Jonah Hill and Will Ferrell and Charlie Day.

“And the director James Bobin is very well known for his comedy work so that was something that really drew me to the role.”

Coombe said Bobin’s goal was to make a modern day version of classic family films like Indiana Jones and The Goonies by using practical effects where possible.

“James loved having practical sets instead of blue screen and with Dan Hennah our production designer, he’s done Lord of the Rings and Thor, he’s got a massive resume, they created these stunning sets,” he said.

“You’d pull a lever and the floor would actually lift up or you’d turn a thing and the water would turn on.”

Coombe said with the majority of the cast part of the Latinx community, the film stayed true to the roots of the show.

“I think it’s something that audiences are looking for these days, new stories to be told, so I was really honoured to be a part of that experience.”

Dora and the Lost City of Gold is in cinemas September 19.

Koala rescued from ocean after falling off jetty in southern Victoria