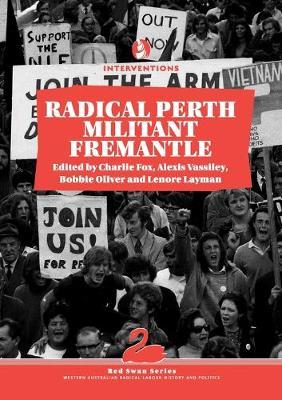 Following the success of the first edition of Radical Perth, Militant Fremantle in 2017, the editors heeded calls for the anthology to publish a second, more updated edition.The editors made several very apparent changes from the first edition.

The second edition was published by Interventions, which is a new small-scale publishing project by far left group Socialist Alternative. This edition is also added to the Red Swan series, which is a growing series of material that attempts to cover Western Australia’s radical history.

The newly minted second edition has also been expanded, with three more articles added to the collection, and a major revision of the article on student unionism at the University of Western Australia to include the Western Australian Institute of Technology. The edition was further copy-edited to remove typographical errors.

The radical history of Western Australia is also brought to life with the inclusion of pictures in the book bringing it to life, stirring the readers’ imaginations and taking them through several eras.

Another change that was made was the reorganisation of how the articles are groups. In the second edition, they were grouped into three sections: Walking Perth, Walking Fremantle, and Driving Perth Suburbs. It is believed that grouping it in such a manner would tie it into radical history walking tours, which can be organised by contacting one of the book’s editors.

The official launch of the second edition was accompanied by a walking tour in late 2019, organised by Socialist Alternative members in conjunction with the broader left based in Perth and Fremantle. People who are interested in the rarely-discussed and often unknown radical history of the Perth and Fremantle area would find this book an interesting read.