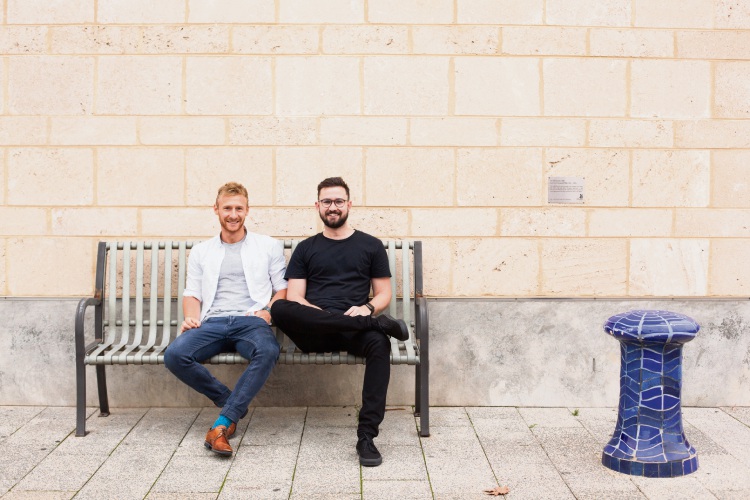 A MUTUAL love for design and beer sparked a friendship four years ago between architects Elliot Langdon and Tom McKendrick when they worked at the same architectural firm.

McKendrick had moved to South Fremantle from England in 2011 and Langdon, who grew up in City Beach and Wembley Downs, had landed his first architecture job after studying in the ivy-laden stone walls of UWA.

The pair has since joined architectural forces to co-write Fremantle Press new release Built Perth, a guidebook to Perth architectural history featuring illustrations of 50 of the city’s most iconic historic and contemporary buildings.

“The book came from a combination of really enjoying creating the illustrations (which came first) and wanting to open people’s eyes to the diverse offering of architecture that we have here, much of which goes unnoticed until it’s pointed out,” Langdon, of Subiaco, said.

“We started a document and listed about 90 buildings around town that we thought were worthy. We could have listed about 200 but we wanted to have an even spread of building styles, eras, and functions.

“There will always be buildings that deserved to be in the book but for one reason or another we couldn’t include, and I have a feeling some of them will haunt us for a while to come.”

McKendrick said as a city, Perth sat close to his heart and seemed the obvious starting point for a book on architecture.

“Also with Elliot being a WA local, he has a strong knowledge of Perth’s buildings and can whip out a fact on just about any bit of architecture you can lay your eyes on,” McKendrick said.

“We both felt that Perth often gets overlooked when it comes to its buildings, but there is some great stuff out there and creating a book to help point it out seemed like a good idea.”

However, the pair differed when asked to choose their favourite building in Built Perth.

“I love all of the buildings in Cathedral Square, particularly the Cadogan Song School,” Langdon said.

“It’s a bit of a hidden gem in amongst a lot of less hidden gems.”

McKendrick said there were a few contenders but he would choose Winthrop Hall.

“I remember first seeing it and thinking how out of place it seemed in Perth, but it is a beautiful piece of architecture surrounded by amazing grounds,” he said.

“As I live down in Fremantle, whenever I’m driving north along the Stirling Highway it’s always nice to see the tower popping up above the trees.

“I think that externally a building can be judged like a piece of art; it has to evoke some emotion in you.”

'This is just the start': Vegan activist James Warden vows to continue campaign after avoiding jail over calf theft from WA farm

Cause picks up for next Australian saint