US sanctions pro-China leader of Hong Kong, other officials 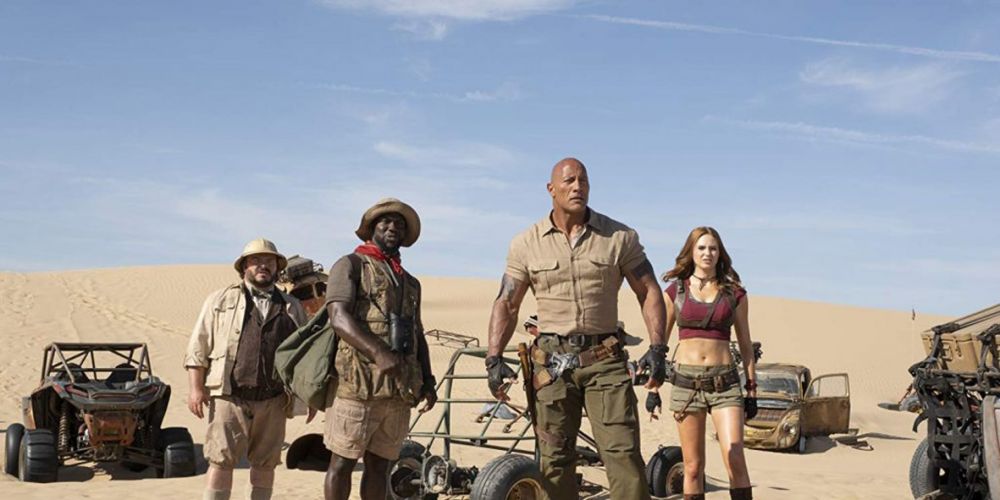 JUMANJI: The Next Level is the sequel to the sequel that no-one really asked for, yet it is unique in today’s cinema by being a family film that is both not animated and has an adult cast.

We return to the four young protagonists of Welcome to the Jungle all gone their separate ways to college or travelling the world.

Spencer (Alex Wolff) has taken the separation particularly hard, especially from girlfriend Martha (Morgan Turner) and when travelling home for Christmas he is not even sure if they are still together.

When he does not show up to their brunch reunion, the three friends realise Spencer has gone back into the game Jumanji and it is up to them to bring him home.

This franchise’s strength lies in its gimmick of the four adult leads being merely avatars for whoever inhabits their body.

This is used to full advantage when Danny DeVito as Spencer’s grandad Eddie and Danny Glover as Eddie’s ex friend Milo become Dwayne Johnson and Kevin Hart respectively and their old man bickering is some of the best comedy of the film.

It also allows Karen Gillan’s Martha to take more of a leading role than the first movie and she amply steps up to the task.

When the film shoehorns in the characters’ emotional conflicts from outside of the game it becomes less engaging; these thinly drawn characters are not that interesting when the action stops.

Jumanji: The Next Level is at its best when it plays about with the tropes of video games, something it could have leaned into further to really make the most of its fun premise.

Jumanji: The Next Level (PG)

Steph Cairns speaks after sentencing of killer HGV driver who took the life of her son Joe, 14 (part 3)

Air India plane crashes in Calicut after skidding off the runway

Calls for dentists to help stem opioid addition in Australia