Stern warning to pubgoers: 'For heaven's sake, get serious' 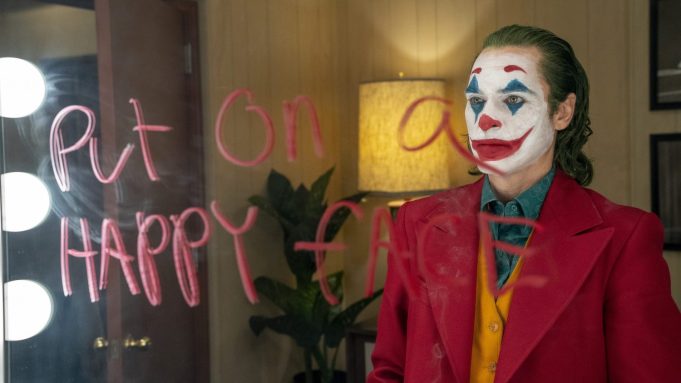 Some see it as a psychological analysis about one man, some see it as promoting and even inciting revenge violence and others believe it is about angry, dis-empowered white men, such as the anti-women incel groups.

I loved this film. It has been said that art is in the eye of the beholder. Sometimes the message that the artist intended is different to the one received by the viewer or the reader. It can have multiple meanings for different people. For me, Joker is a great story about why capitalism is a shit system and at present in decay.

Perhaps Phillips, its director and co-writer, sees it this way as well. There are enough references to the rottenness of capitalism in the film. Gotham City is depicted as dark and full of misery. The rats are super rats and taking over.

In one scene, the social worker to the Joker's alter-ego Arthur Fleck tells him that the funding for his treatment has been cut and that those who have cut it, don’t give a damn about him or her – a black female social worker.

The difference in Arthur’s living situation and that of the rich, in particular Thomas Wayne, Gotham city mayoral candidate and former employer of Arthur’s mother, is stark. Wayne is depicted as well-fed, arrogant, patriarchal and violent.

On the other hand, Arthur is sensitive and hard working. His employer deducts his pay for an advertising sign stolen by the thugs who bashed him for trying to retrieve it. Arthur returns to work, battered and bruised, but we do not hear him complain. He is sacked for an incident beyond his control. And still he doesn’t make waves.

The film is about what created the Joker. But for me, Arthur represents the many people that capitalism brutalises, especially vulnerable people, whether it is in aged care, people with a disability, children being abused, women, like those migrant women working in the aged care sector in low paid jobs or victims of the banks taking us all for a ride.

Joaquin Phoenix’s performance as Arthur/the Joker is outstanding. The actor lost 52 pounds so that his frail physical appearance underscores Arthur’s loneliness (accentuated by his eternally empty mailbox) and his helplessness. Arthur is not only exploited by his employer and by one co-worker in a dog-eat-dog environment, but we learn that he has been abused as a child.

Despite this, he is a sensitive and caring person. He loves his job as a clown entertaining sick children, he cheers up a child on a bus, he treats his co-worker a dwarf, with respect in contrast to another co-worker, who cracks jokes about him. He has even invested emotionally in capitalism, despite the many blows it delivers him. He had dreams of succeeding in the system as a comedian. When self-serving TV hosts attempt to use his humiliation to their advantage, the Joker in him awakens, but still he emphasises that he is not political.

He is also not an incel. He doesn’t rant about about women having too much power. On the contrary, he cares patiently for his mother, who is largely dependent on him. We see him bathing her in a loving and playful manner. His fantasies about his neighbour, a single-mother, are about a happy, easy going relationship; no ultra masculine domination, no violence or submission.

When Arthur is happy, he dances. His dancing is graceful and a manifestation of real joy. As the Joker, he performs one of the most enjoyable dancing scenes. This scene heralds his transition to the Joker and to his liberation from victim to punishing actor.

An interesting aspect in the movie is that all his social workers are strong, black women. They are the ones picking up the pieces of the unlucky in Gotham City. When the funding is cut to these services, they lose their jobs as well. They live in the same wretched apartments as Arthur does.

When he finally becomes angry, his first victims are those who have actually tormented him. But then it escalates, like the violent, anti-rich movement on Gotham streets, into indiscriminate violence. This is what you get when you profit from people’s misery, when you push too hard, you get unbridled anger. The movement needed a trigger and the Joker is it.

Is this an omen of what a decaying capitalism can lead to – an uncontrolled rebellion against the constant brutalisation -- a dystopia?