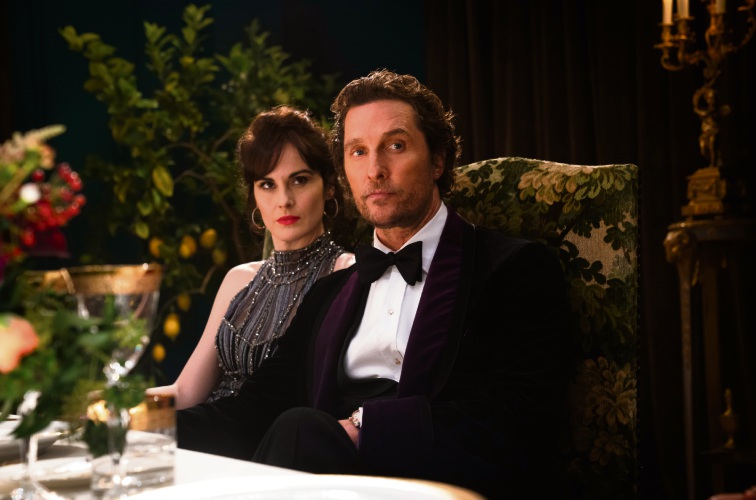 DELIVERING an opening monologue in The Gentlemen in the manner only Matthew McConaughey can, his character Mickey Pearson warns “doubt causes chaos and one’s own demise”.

Guy Ritchie fans can be thankful there is no fear of his demise as this latest movie has the English director’s filmic style stamped all over it, with little doubt he is back to trademark best.

The star-studded action comedy has multiple puzzle pieces revolving around protagonist and American expat Pearson who found his way into horticulture of the illegal vocation and is king of the UK’s marijuana jungle.

Now he wants to cash out of the business and so begins the onslaught of plot twists, blackmail and bribery.

McConaughey’s swagger and charisma is dialled up to 100 as Pearson does an alpha male tango with potential buyer Matthew Berger (Jeremy Strong) and antagonist Dry Eye (Henry Golding).

Michelle Dockery as Pearson’s wife Rosalind is in a role as far removed to Lady Mary Crawley in Downton Abbey as possible, described as a cockney Cleopatra.

Fletcher (Hugh Grant) narrates the plot to Pearson’s right hand man Raymond (Charlie Hunnam), with an accent which would be most unbecoming in his trademark romantic comedies but suits this slippery persona perfectly.

And when you add Colin Farrell as a selectively straight-laced Coach, the viewer is left with a film of laugh out loud one-liners that strikes a balance between criminality and sophistication.

Coronavirus crisis: Morrison insists Australia right to stay ahead of WHO advice