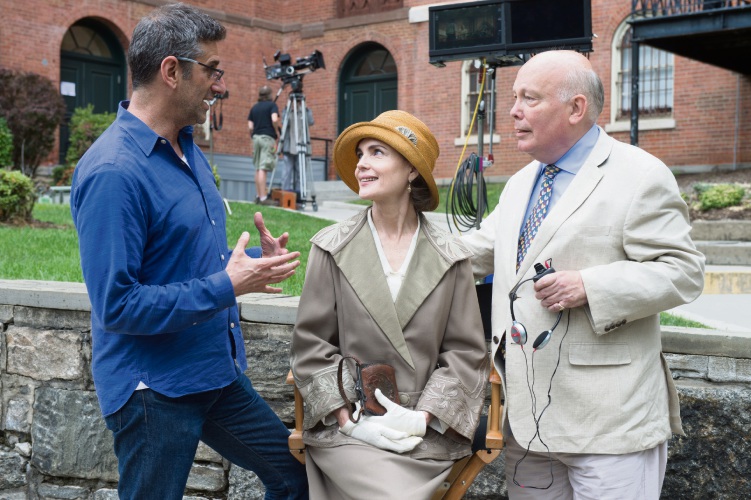 WHEN Downton Abbey actor Elizabeth McGovern was hired to read Laura Moriarty’s novel The Chaperone for an audio book, she never imagined it would lead to producing her first film.

“It appealed to me on a lot of different levels,” McGovern said.

“I thought that it was entertaining but touched on a lot of subjects that have relevance today in terms of female sexuality at a very interesting period in history; they were breaking themselves from the chains of the past.”

“There is one thing that we know to be true, which is that Louise Brooks as a young girl of 15 travelled from Witchita, Kansas to New York City to study dance at the Denishawn Dance Company,” McGovern said.

“It was a very real and innovative company. And we know that her travelling companion was a neighbour who was a housewife and middle aged.

“That’s as much as we know, so the rest is Laura Moriarty’s imagination of what might have transpired over the course of that summer.”

McGovern, who was born in Illinois and now calls London home, approached Downton Abbey creator and writer Julian Fellowes to turn Moriarty’s novel in to a screenplay.

“He’s always somebody who has been obsessed by the interaction of history and personality,” she said.

“That’s really his fascination and this story had so much of that in it that it seemed like a no brainer.

“I also happened to be standing next to him while I was reading the book, so it was easy to just hand it to him.”

Although the change in their working relationship did mean McGovern had to find the courage to “steal my nerve and give him feedback on the scripts”.

The film was directed by Michael Engler and McGovern said she relished the challenge of producing.

“I’m calling myself the producer but I couldn’t have done it without a lot of other people holding my hand,” she said.

“But in terms of the nuts and bolts of producing, I was just learning each day from other people. I loved being at the grown-up’s table.”

The Chaperone is in cinemas from April 25.