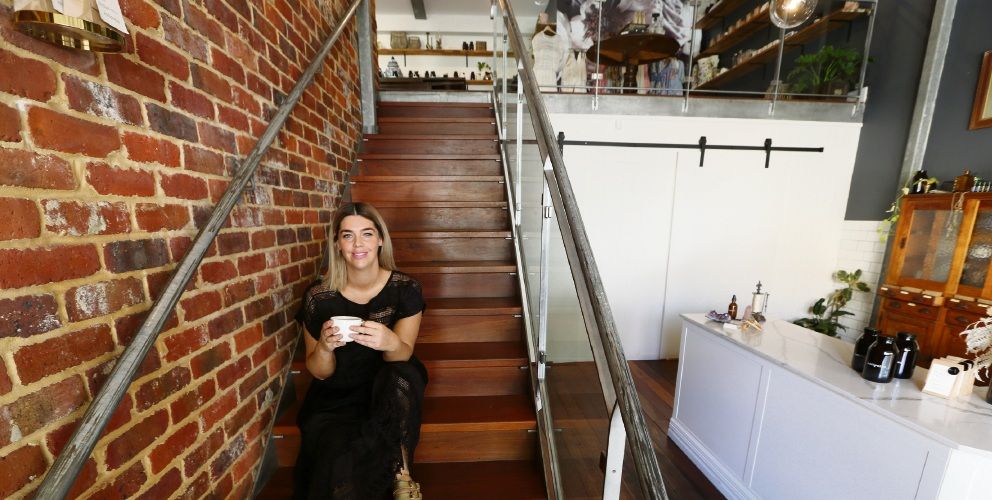 Having only opened on George Street last month, March Taylor, whose motto it is to pause our busy lifestyles and have a cup of tea, said the store was all about making people feel good inside and out.

“We are all about making people feel good,” she said.

“Antipotea is a modern apothecary, with our main focus being on tea and the benefits found within tea.

“This is why we decided to bring a touch of clothing into the store, so that customers can express themselves in an array of ways.

“Our modern apothecary is filled with a range of beautiful ceramic cups, tea pots and accessories, so clothing was a natural progression for us.”

Describing the store’s brand as boho chic, Taylor said they wanted their customers to feel as comfortable as they did, whilst still getting the opportunity to express their fun and creative side.

“We think life is way more fun in clothes you feel comfortable wearing; we don’t have time for uncomfortable outfits,” she said.

“We stock Suswar clothing, which is made by a local Perth designer, Deanne Richards.

“We are exclusively working with Suswar clothing, as we not only love the clothes but we love what her brand encompasses.

“Her clothing tells a story, with a large amount of the designs getting inspiration from textiles seen across India and Indonesia.

On the tea side of things, Taylor said she was also hoping to expand her tea brand into the South-West and into day spas in Bali.

She added she wanted to continue to build a portfolio of customers.

“We want to bring tea to everyone, not just for women who like herbs but for anyone,” she said.

“Every spoonful of tea has a little bit of positivity in it. It sounds silly but sharing love and making people feel special, there is not enough of that in the world.”