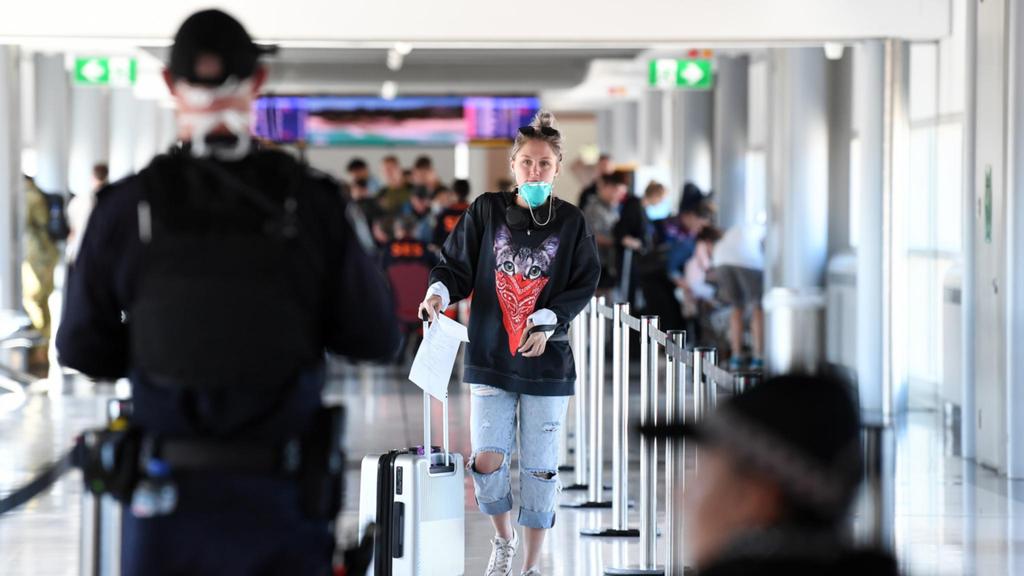 Queensland has recorded 14 new cases of coronavirus, taking the state’s total to 921. It comes as the state’s health minister praised people who have been following orders to stay home.

It comes as Health Minister Steven Miles earlier said the state appeared to be achieving a “dramatic reduction” in new coronavirus cases but that the crisis is far from over.

Steven Miles has heaped praise on responsible Queenslanders who’ve been following orders to stay at home to prevent the kind of mass deaths seen in Europe.

This coronavirus article is unlocked and free to read in the interest of community health and safety. For full access to our journalism - and to download the digital edition of the newspaper as it is printed every day - subscribe here or couriermail.com.au/subscribe

But he’s disgusted too with a minority of people, including at least 58 people who were hit with hefty fines after attending an illegal and chaotic car rally in a Brisbane warehouse car park on Saturday night.

Others have been abusing nurses seen out in public in their uniforms, accusing them of spreading the virus.

Mr Miles says the vast majority of Queenslanders are doing the right thing and staying in their homes.

“It’s leading to what at this stage looks like a very dramatic reduction,” he told ABC radio on Monday.

Just nine new cases were recorded on Sunday, and 27 on Saturday. New infections were down on Friday and Thursday too.

But the state’s overall tally continues to rise, and some chief health officers have warned about reading too much into weekend figures, when fewer tests are carried out.

Mr Miles has warned the crisis is far from over but says “it’s also good for people to see the progress of their own efforts”.

There have been some shocking instances, though, of people blatantly ignoring rules that will save lives.

On Saturday night, police raced to break up a rally involving 150 cars in a Rochedale warehouse car park.

Drivers and passengers scattered, with some becoming bogged when they fled across local grasslands.

Police issued 58 people with coronavirus infringement fines worth a total of $77,000, but many others who defied the ban on mass gatherings got away. Deputy Commissioner Steve Gollschewski said it was an “outrageous” and “chaotic” event, not only because of the traffic offences being committed but because of the public health risk.

Meanwhile, the Queensland Nurses Union has received complaints about some of its members being abused in public while wearing their uniforms. Secretary Beth Mohle says she’s gobsmacked and people should remember that nurses are going to work to treat everyone, not just coronavirus patients. “It’s just totally unacceptable. This just isn’t on,” she told the ABC on Monday, saying the union has scheduled talks on the issue with Queensland Health.

A 78-year-old man became the fifth person to die in Queensland on Sunday. He contracted coronavirus while travelling on the ill-fated Ruby Princess cruise ship.

An outbreak on the ship has been linked to 622 infections and at least 11 deaths across Australia, including three in Queensland.

Premier Annastacia Palaszczuk has said the fifth death in Queensland starkly demonstrates what is at stake, and why everyone must comply with tough movement restrictions.

Donald Trump's response to riots reveals a 'vacuum of leadership'