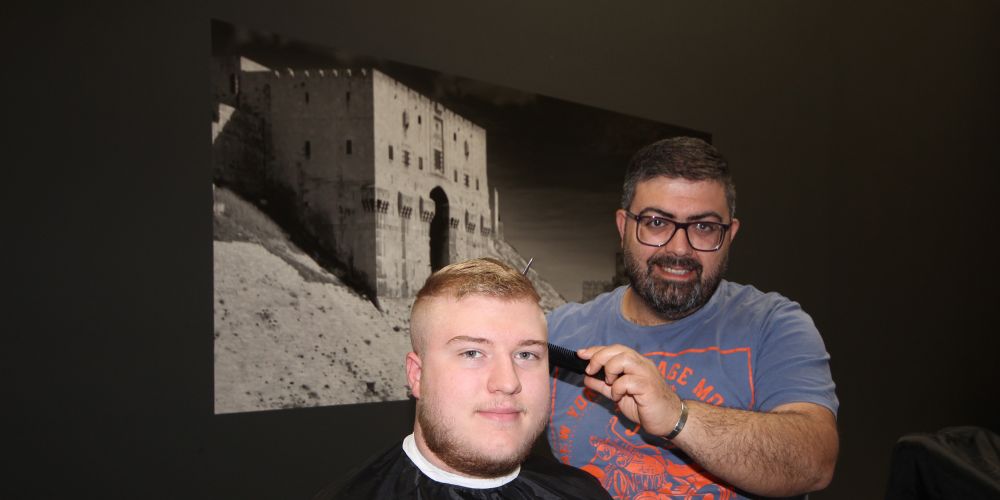 THE calm atmosphere of a Joondalup barber shop is a far cry from the terrifying day Eddy Baladi decided to leave his home country Syria as bombs fell in his street.

Mr Baladi said he was walking in the street with his daughter Maria Tresa (now 10) one day in 2013 when ISIS started dropping bombs on Aleppo, with the first dropping 15m from them.

“I was walking my daughter about three seconds from home when ISIS sent bombs – 20 or 30 bombs,” he said.

“I tried to protect my daughter; I held her; I started running back to home.”

They sought refuge in a shop and his daughter was crying, telling him she couldn’t live in that scary situation, so the following month, October 2013, he, his wife Vera and Maria left their home city.

“We leave with bus; only that way the government army protect everyone,” he said.

While in Lebanon they applied to move to Australia as refugees.

“They accepted me and I’m here now, thank God for everything,” Mr Baladi said.

The Edgewater resident said Perth was a peaceful city, full of good, friendly people who had helped his family, including son Christ Avo (5) settle after they arrived in August 2016.

He had worked as jeweller in Aleppo but hadn’t been able to find work in that industry since moving to Perth, so recently returned to his early career roots to open barber shops in Home Co centres in Joondalup and Butler.

Despite living through two years of the war, Mr Baladi said he had fond memories of the city he grew up in and paid tribute to it in the name of his barber shops, Aleppo Klippers, and the decor which includes a large photo of his home town’s castle.

“I’m proud about mixing my culture where I grew and here where my kids grow.

“I try to give good feedback to Australian people about my culture and where I grew up.”

Mr Baladi said he was grateful to the Australian government and Australian people for bringing his family to safety in Perth.

He predominantly offers cuts and shaves to men and boys at the barber shops.