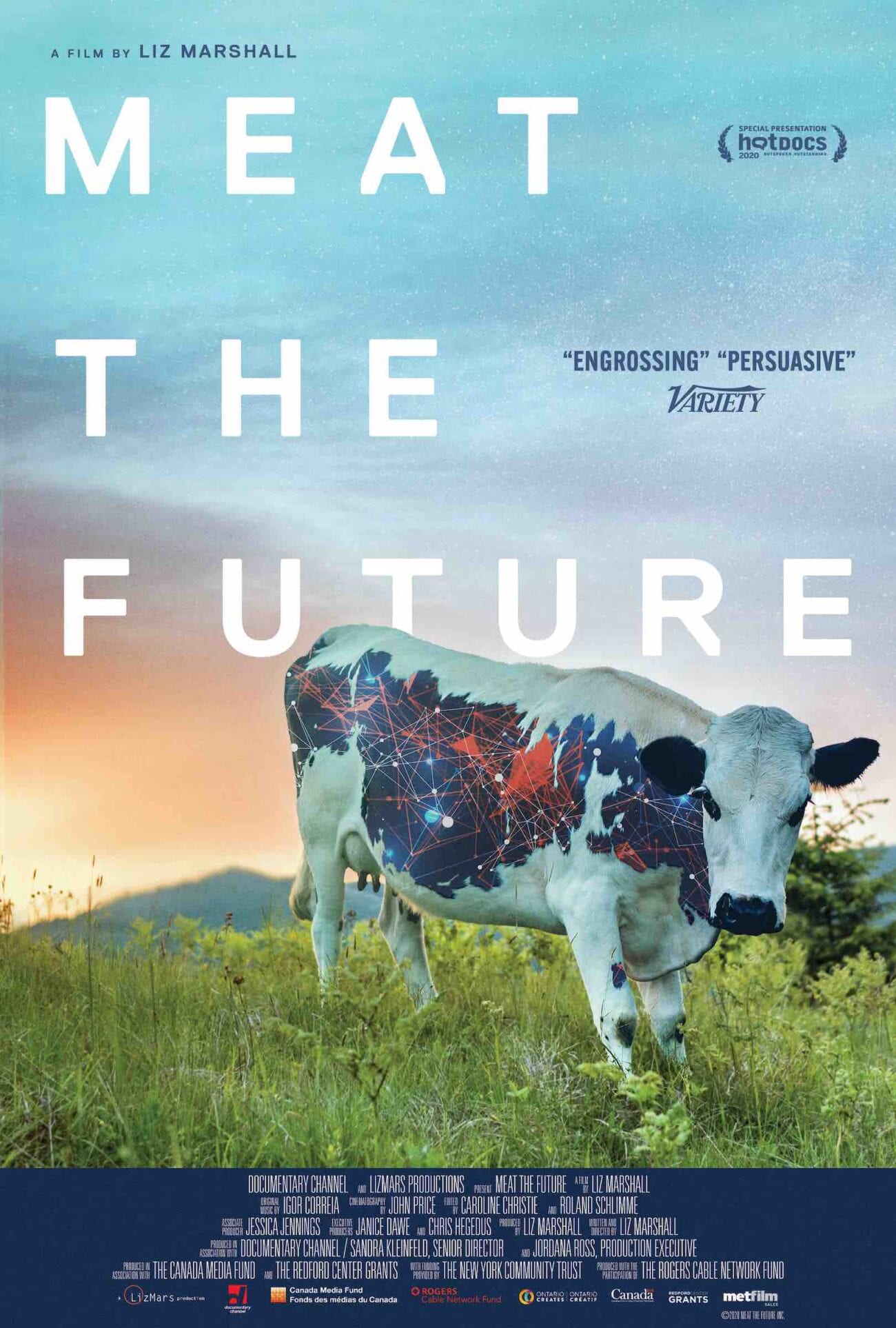 Liz Marshall is a Canadian film maker concentrating on social justice and environmental themes in her consciousness-raising films.

The subject of her film, Meat the Future, which is screening at Melbourne's Documentary Film Festival, is laboratory-produced meat, with the focus on its chief advocate and technology developer, Dr Uma Valeti.

Valeti was formerly a cardiologist, whose job included injecting stem cells into damaged hearts, saving many lives. He says he transferred the technology to growing animal cells as an alternative to farm-produced meat, to save billions of human lives by protecting the environment and trillions of animal lives.

As a child in India, the young Uma was profoundly disturbed by the killing of animals for food. He contrasted a happy family birthday party in the front of the house with the slaughter of chickens behind the house to feed the party. At the age of 12 he dreamed of growing meat on trees.

So “Clean Meat”, as he called the lab-grown product, was the result, the fulfilment of his dreams. Further justification was added with environmental concern. A nice story.

The various interviewees in the film talk about the tremendous benefits to the environment. However, there is no questioning of these benefits as the film progresses, or of ecologically-based alternatives that are available and advancing rapidly, which can meet those same environmental goals.

The report referred to is a widely-quoted US Food and Agricultural Organization study, the findings of which were significantly revised downward and which is still heavily criticised by researchers. Not only were the emissions miscalculated, but the estimations are for gross greenhouse gas production, not net.

On the other hand, well-managed ruminant production is actually a net carbon sequester.

We now have evidence that the rises in methane concentration in the atmosphere are largely caused by emissions from gas mining, not from ruminants that have been on earth for millions of years.

Other claimed benefits of the technology include no antibiotic use, fewer threats to food security, less risk of disease transfer, no contamination from environmental pollutants, no animal trauma, and greatly reduced area of land and quantity of water required ‒ by a factor of ten. Shots of huge numbers of cattle in feedlot yards, chickens packed into sheds and pigs with no room to move emphasise the animal welfare point.

Not considered in the narration is the agro-ecological alternative that can manage those issues. Organic farming standards, for example, do not permit confined animal raising ‒ all livestock must be free range. Antibiotics and pesticides are not allowed.

In the past, food security arguments have been used to facilitate the introduction of Green Revolution crop varieties, justify the use of pesticides, and promote genetic modification. Food security has not been ensured by any of these technologies, and certainly will not be by lab-produced meat.

Hunger is an economic and political issue, not a production issue. The world already produces much more food than is required to feed everyone well.

The only questioning voice in the film is that of the US Cattlemen’s Association, arguing that the product should be properly labelled, and called “alternative protein”, not “meat”. Interestingly, two of the chief investors in Valeti’s company, Memphis Meats, are Cargill and Tyson, companies heavily involved in animal processing. Obviously, they are not concerned about competition, but the prospects of a new profit stream. Other investors include billionaires Bill Gates and Richard Branson.

When asked about the growing medium used in the lab, all Valeti would say in the film is that it includes corn and soy beans, but that the contents are “proprietary”. This is not followed up, leaving the question open.

The technology is still in the developmental stage. The cost of production (in February 2018) was calculated at US$3740 per kilogram of meat. So, it will be a while before it is on the menu. A new factory is being built in San Francisco to enable mass production.

The film’s enthusiasm for lab-grown meat as a sustainable alternative to conventional meat seems misplaced. There might not be one billion human lives left to save if the fossil fuel industry has its way. And saving trillions of animal lives is fanciful – the animals are not even going to be born if they can’t be used.

Because of the weakness of the environmental justifications for lab-produced meat, it is hard to see the film as other than a business promotion. An environmental consciousness-raising film should question the rationale for this new technology, rather than blindly accepting dubious claims made by those who would benefit.

No doubt, the research and development of the techniques is exciting for those involved, but new technologies should be evaluated for need rather than excitement and profitability.

New police station will be built in Fremantle as part of a $96.5 million cash splash on police facility refurbishments in WA