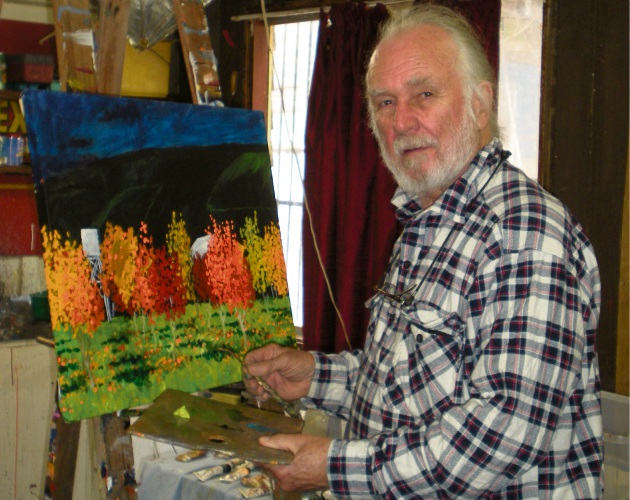 WHEN Wooroloo artist Brian Aylward turned 80 in September, he decided it only fitting to celebrate the milestone with an exhibition in the studio of a man whose work he greatly admired.

“My involvement in art grew and in 1988 I had my first solo exhibition at the Glyde Street Gallery in Mosman Park. This will be my 49th solo show and 30 years since I became a full time artist.”

Aylward has used charcoal, oils, acrylics and pastels for the selection of 32 life, still-life and landscape works.

He said the latter resonated with him most where growing up in the countryside had given him a love of nature that has never waned.

“I began my artistic endeavours at 14, drawing the horses of the local hunt which was sited in my village of Warnham in Sussex,” he said.

“Since arriving in WA 51 years ago, I have always been inspired by the light and landscape and have travelled extensively.

“The diversity and colour, mood and form draw me on a continued effort to capture the feel of place.”

The exhibition is on until October 20 with gallery hours 10am-5pm, Saturday and Sunday, other times by appointment.