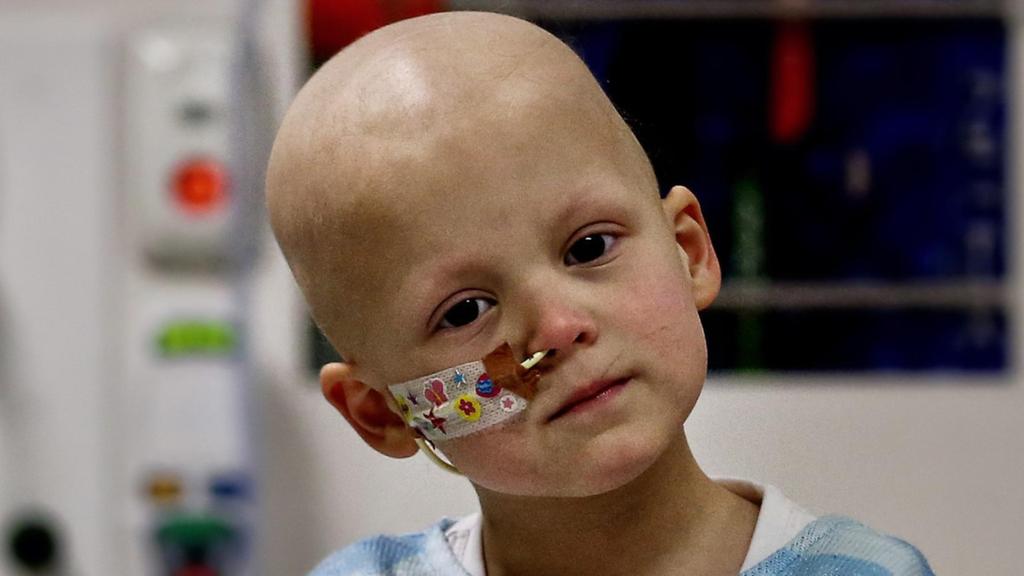 When little Bailey was diagnosed with a tumour the size of a “small football” her father’s life ground to a halt. Now six years on, the teenager is flourishing.

His daughter, Bailey, who was just shy of celebrating her fourth birthday, had cancer.

The usually bubbly child had only complained of a sore stomach but, after two hospital visits, her dad knew something else was wrong.

“It happened so quick,” Mr Atkin said. “They’re throwing everything at you (the diagnosis, treatment).

“That’s when everything stopped. That was (the time) when life stopped.”

A rhabdomyosarcoma tumour the size of a “small football” was growing inside Bailey’s pelvis.

The diagnosis meant months of chemotherapy, radiation and a Hickman line to feed medication into her small body.

“They smashed her with everything straight away,” Mr Atkin said.

“The loss of hair, the skin colour change.

“They froze half her ovarian tissue — they’re thinking 20 years ahead.”

After months of treatment, doctors prepared to operate on Bailey to remove the now-shrunken tumour from her pelvis.

That was almost six years ago, and the treatment has given Bailey a new lease on life.

“As soon as she was out she wanted to do everything,” Mr Atkin said.

“She loves school. She doesn’t remember all the pain and hardship of it — we do. But that’s what’s great about it.

“The resilience of kids is just amazing. She’s the strongest person I’ve ever met.”

This year’s Good Friday Appeal, which supports the work of the RCH, will help ensure kids like Bailey continue to receive the care they need.

A life saved and lived by solidarity