Black is the New White: Feel good theatre at its best 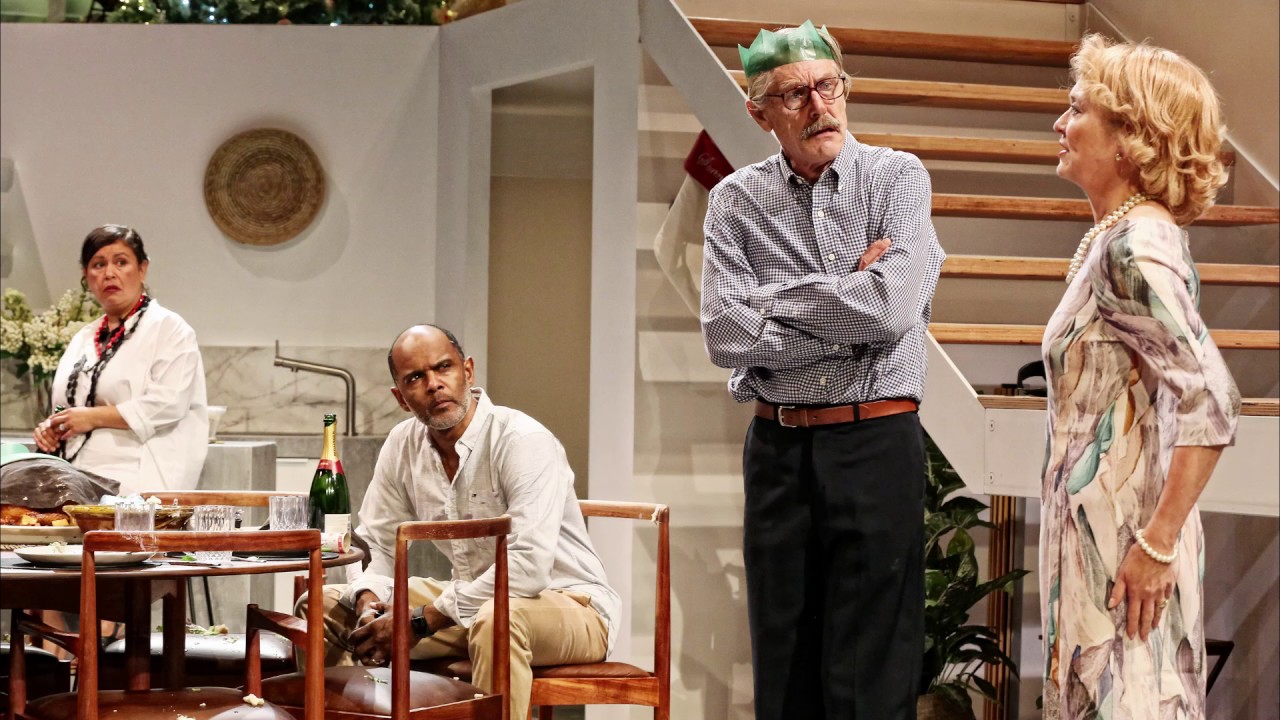 Black is the New White

Black is the New White is an hilarious farce that throws everything at the audience to get a laugh. There is physical clowning, outrageous nudity, family feuding and piss-takes of innumerable sacred cows.

The basic plot is of a Christmas family gathering, a classic setting for bringing conflicts to the surface. A young Aboriginal woman wants to introduce her fiancé to her parents – but he is white and her father is scathing.

Add in the fiancé’s reactionary white parents and other crazy characters – plus Luke Carroll as narrator floating around the action – and you have hilarity coming at you every couple of moments. There is terrific ensemble work in the pacing of the comedy and pathos as long-denied feelings get aired.

This is feel-good theatre at its best.

'It may happen again': Warning in Victoria's anti-curfew trial

Woman attacked by buffalo in Sydney

A third of Victoria's 113 new coronavirus cases are healthcare workers