Angel of Mine film review: slight miss rather than hit 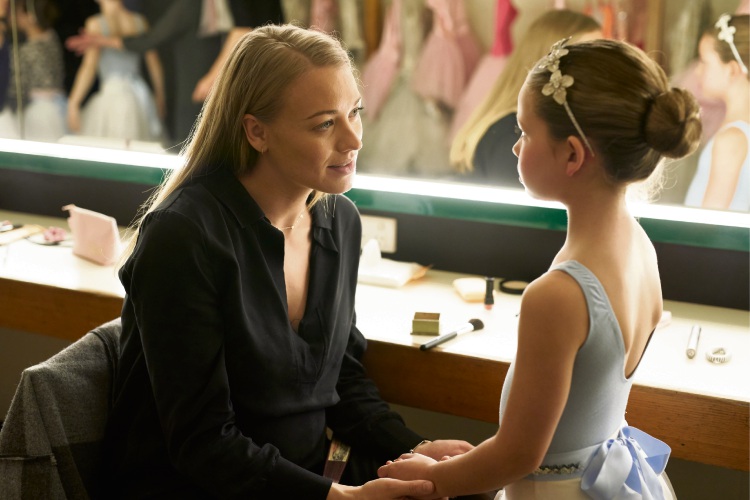 SOMETHING is missing in the psychological drama Angel of Mine and it’s not just a grieving mother’s child.

But Lizzie has always been convinced otherwise, at great cost to her mental health and every other aspect of her life.

Her marriage to Mike (Luke Evans) is over and he’s seeking full custody of Thomas (the astonishingly talented Finn Little).

When she sees Lola (Annika Whiteley), she becomes convinced she’s been right all along: her daughter never died.

This is when things should have become interesting, especially with an actor of Rapace’s (The Girl with the Dragon Tattoo) stature driving the narrative.

The expectation is that we are heading into difficult terrain, Lizzie’s obsession colliding dangerously and unpredictably with the lives of Lola and her well-to-do, well-meaning parents.

In particular, she goes head to head with mother Claire (Yvonne Strahovski from The Handmaid’s Tale), though husband Bernard (Richard Roxburgh) is more sceptical that Lizzie presents any great threat.

The curiosity is that the whole cast seem to give their best with the material presented; there seems to be a genuine investment in what is happening here.

That suggests director Kim Farrant knows how to work with her actors. Is it the script by Luke Davies (Academy Award nominated for Lion) that lets this Australian-American production down?

Whatever the case, there is a kind of sanitising of the material, perhaps because of the clash of maternal instinct with possible mental illness. These are touchy, even explosive themes. But with the talents of cast and crew, why not risk some injuries if things ignite?

The devil is in the detail; choosing the side of the angels has left this film with something good that could have been great. It’s a slight miss rather than a genuine hit.

Girl, 14, charged with selling drugs at Sydney under 18's festival

Aussies airlifted from Japan are back home