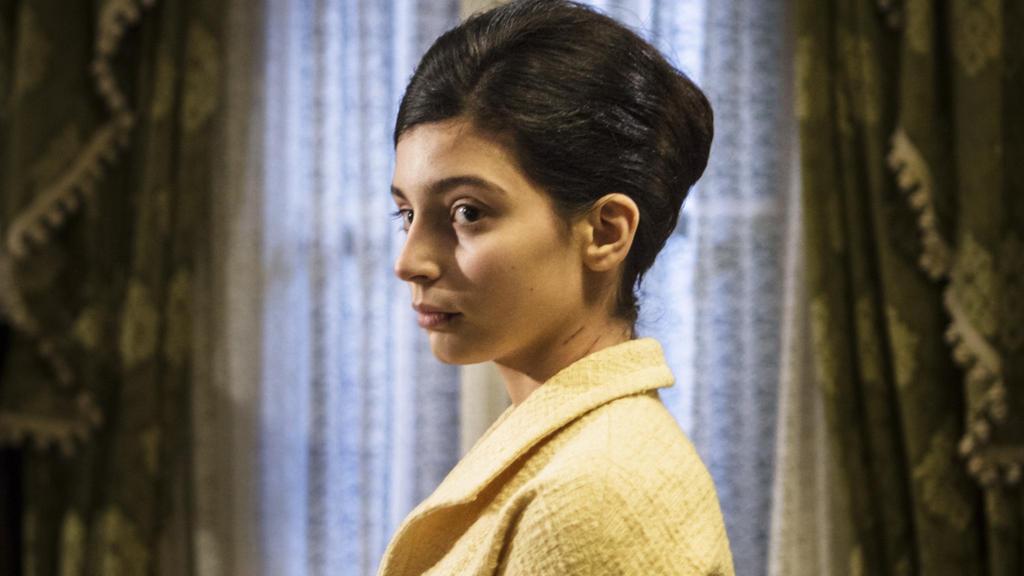 The popular TV show on Binge, My Brilliant Friend, is based on novels that have sold more than 10 million copies in 40 countries. It also explores some unpopular truths which troubled its cast.

Winning one of two lead roles, both given to rookie actors, Mazzucco is quick to confess she had never acted a day in her life before stumbling into auditions for My Brilliant Friend (the acclaimed TV adaptation of Elena Ferrante’s best-selling Neopolitan Novels).

“I don’t come from any acting background, I didn’t go to acting school, I walked in from the street. I went to the audition because I was curious and I wanted to get out of the normalcy of my adolescence,” the 16-year-old tells News Corp Australia.

Along with her co-star Gaia Girace, 16, who plays the troublesome beauty, Raffaella ‘Lila’ Cerullo, to Mazzucco’s Elena ‘Lenù’ Greco, the more conservative, bookish friend, both girls wowed critics with their emotionally intelligent and moving performances in season one of the HBO drama.

The series covers four novels which have to date sold more than 10 million copies in 40 countries. Girace says: “I am particularly proud as a Neapolitan that our story captivated America and many other countries.”

Set against the backdrop of a post-war Naples, fraught with violence and poverty, Girace sees the beauty in the simplicity of the times.

“There was an authenticity about that era that we don’t have today. Relationships were much more deeply felt, people were not afraid of their feelings like we are today, living through our cell phones. And not only that, but we build walls, barriers, between us as young people, and even between adults, whereas before we looked at each other face-to-face, we called each other from our balconies.”

Ironically, several decades later, Italians are calling to each other once again from their balconies but, of course, not by choice.

And while the pandemic gives rise to domestic abuse, Girace talks about the horrendous physical abuse Lila endures in My Brilliant Friend at the hand of her onscreen husband, Stefano (Giovanni Amura).

“We rehearsed those scenes a lot but it was very difficult for me, and it wasn’t easy for Giovanni either. I felt bad about it, I feel ashamed,” she says. “I don’t understand how men could be capable of such things and in our culture boys are still raised this way.”

The story felt very close to home for Girace.

“My grandmother would tell me about her time in this era, her life and how people behaved differently in those years. Yes, love was different between men and women. There was mutual respect on the surface, but not in reality. Women were subordinate to men, they were considered inferior and this is what Lila endured. She got married young to Stefano, who she thought was different, avant-guard, revolutionary, but in reality, he considered her an object, inferior, and that was all she was.”

Now that the young women have more than proven themselves as bona fide actors, all signs point towards them enjoying successful careers.

But Mazzucco isn’t counting her chickens just yet, despite the stellar reviews she’s received. Taking a page from her sensible alter ego, Elena, she insists she will attend university before thinking about any future career.

“I would love to continue studying and will probably pursue a degree in liberal arts.”

Not a bad backup plan in the unlikely event that her onscreen career doesn’t blossom.

She says, modestly: “Well, even today, I ask myself why they picked me.”

* My Brilliant Friend, streaming on Binge.

Kanye West to bring Yeezy brand, but not sneakers, to Gap

Man fined, kicked out of Qld for dodgy border pass