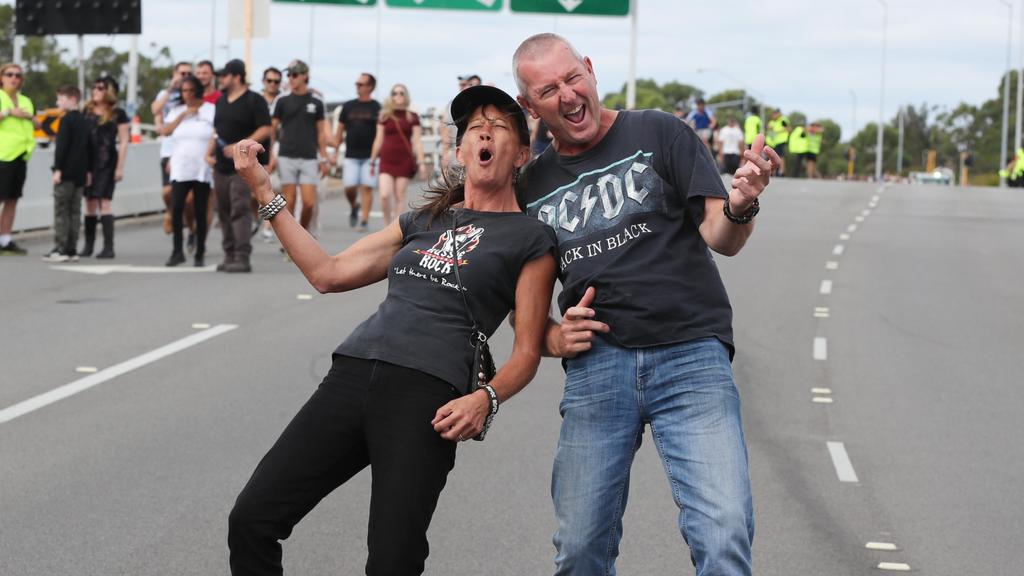 West Aussies are proud to call AC/DC their own, and it was clear to see as rock fans brought out their mullets, black denim and leather to pay tribute to Freo rocker, Bon Scott.

On any given day, Canning Highway might not seem like the greatest inspiration for one of the most famous songs in rock history, but as thousands of people descended on the stretch of road between the Raffles Hotel and the Fremantle traffic bridge, stages at different points down what Bon Scott called the Highway to Hell brought his words to life.

"The music, the stage presence, they've got it all. I can connect to a lot of what they're saying," rock lover Wade Robson said while walking along the Canning Bridge.

The song, which put Perth on the map, was inspired by the gruelling gig schedule the band had, with the regular pubs they played at - including Raffles and the Leopold Hotel.

Even hours before the trucks rolled in, hardcore rock fans let their hair down, donned in black with rock hand signs permanently stretched out in front of them, a tribute to the Freo boy.

Most of the people The West has spoke to have said how proud they are to call Bon Scott a West Australian.

A self-confessed Bon Scott fanatic, Sydney man Peter Gould travelled all the way from New South Wales just to get the chance to take a walk on the Highway to Hell.

"I try to go to a tribute band every week if I can," he said.

Dressed in all denim with AC/C stickers all over, Mr Gould showed the West Australian the special edition AC/DC beer can he says he brings everywhere around the world.