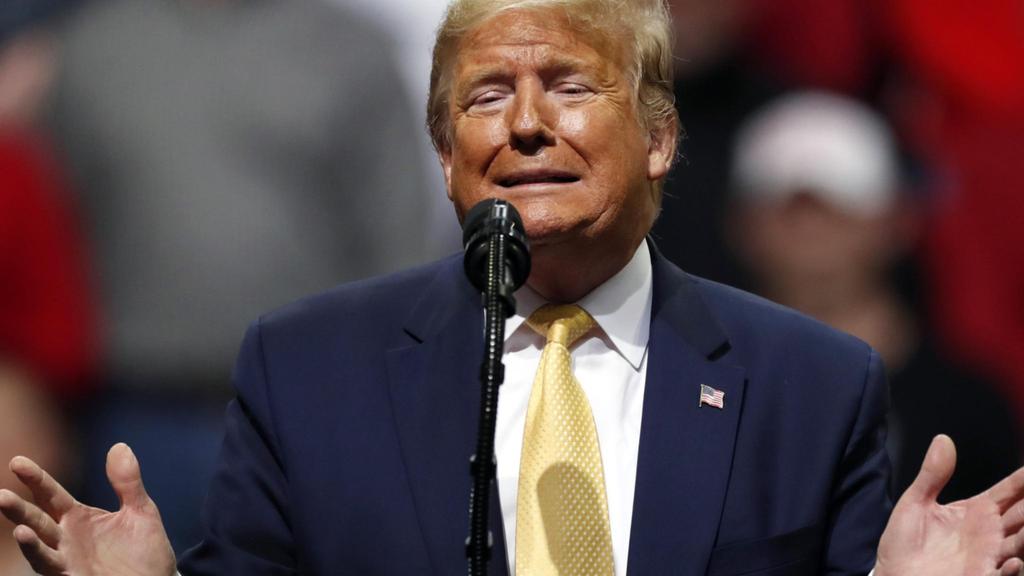 The studio behind the Oscar-winning film, Parasite, has hit back at Donald Trump after he criticised the decision to give the Academy Award for Best Picture to a South Korean film.

Mr Trump started talking about the Academy Awards during a campaign rally in Colorado Springs, Colorado, on Thursday.

Parasite was named best picture, becoming the first non-English-language film to get the top honour.

“What the hell was that all about?” Mr Trump said. “We’ve got enough problems with South Korea with trade. On top of that, they give them best movie of the year. Was it good? I don’t know.”

Neon, the US distributor for the subtitled film, shot back on Twitter.

The audience booed when Mr Trump mentioned the Academy Awards and then cheered when he said: “Can we get like Gone with the Wind back please? Sunset Boulevard, so many great movies.”

Sunset Boulevard lost Best Picture to All About Eve in 1950.

Social media users were quick to point out that Mr Trump’s two suggested films are about slavery and a ageing celebrity losing grip on reality.

Parasite tells the story of how a family of four poor, unemployed people living in a slum basement apartment comically infiltrates a wealthy family residing at a luxurious mansion before things unravel violently and tragically.

During the Colorado speech, Mr Trump also criticised Brad Pitt after the actor made an impeachment jab during his acceptance speech for winning best supporting actor for Once Upon A Time... In Hollywood.

How should the season finish? A preview from The Roar podcast, March 27 edition

How Caroline Marks Is Spending Her Extended Offseason