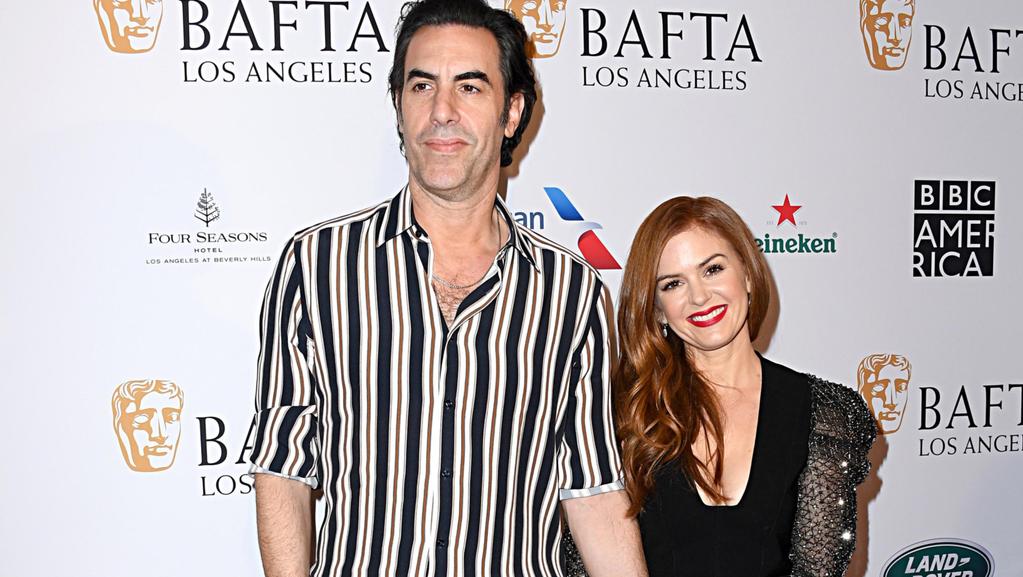 Isla Fisher and her funnyman husband Sacha Baron Cohen turned heads with a loved up display at the BAFTA Tea Party yesterday.

The pair— who were married in Paris in 2010— took the red carpet clasping hands.

The stunning redhead rocked her black tailored outfit that featured on trend, statement sleeves while Cohen let slip a hint of his outrageous persona’s with a clash of patterns.

The duo sipped tea and rubbed shoulders with some of the worlds greatest musicians and actors, including Sir Elton John and Leonardo Dicaprio.

The appearance was a pit stop on the campaign trail for Cohen, who has been nominated for a Golden Globe at today’s awards ceremony for his role in the Netflix film The Spy. Cohen, who is best known for his comedic acting and character transformations, got a nod for best actor in a limited series.

The 48-year-old actor said he was “pleasantly surprised” by the recognition.

Cohen has previously scored a Golden Globe for best actor in a comedy/musical for his character in film Borat in 2007.

Harry Styles confirms 'Love on Tour 2020' has been postponed

Authorities use pear to entice, capture escaped emu near Boston

Get Comfortable Being Uncomfortable