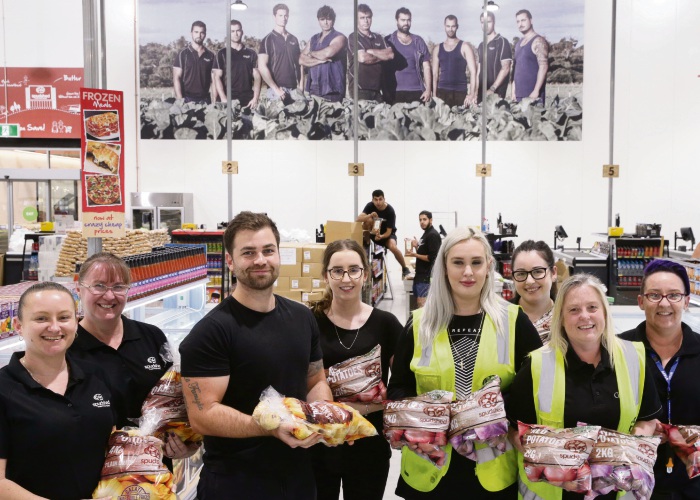 SPUDSHED’S Butler store opening tomorrow will be part of a four-day potato promotion.

The Galati Group is opening its 12th store in 21 years at Home Consortium on the corner of Butler Boulevard and Marmion Avenue.

“We were looking to expand into the northern suburbs; it’s a freshly developing area,” operations manager Sebastian Galati said.

Mr Galati the family-run business would create 50 to 100 jobs at the Butler store, which will remain open 24/7 after doors unlock at 9am on May 16.

His father and spud king Tony will be there for the official opening and to meet customers, who can get a free potatoes after their shop.

“For the first four days, in addition to great opening specials, we will be giving away free 1kg bags of spuds to every customer,” marketing general manager Garth Steinbach said.

Mr Galati said as part of the group’s expansion north, it bought a 1200ha farm in Lancelin this week where they plan to grow carrots, potatoes, onions and broccoli.

“This will be our first venture into horticulture in the north,” he said, adding the farm would also create about 50 jobs.

With another store planned for the Joondalup Home Consortium, Mr Steinbach said the company decided to open the Butler site first because it was available first.

“As Perth expanded north, we’ve had a lot of interest from residents requesting a site farther north,” he said.

“When this site became available, it made sense to put one here.”

Mr Steinbach said Galati Group would have 14 stores in WA by the end of this year, with others planned in Joondalup and Thornlie.

The family business started in the 1960s with Tony and his brothers Vince and Sam helping their parents run a market garden in Spearwood.

Everyone in the family is involved in the business, which returned to its roots by opening a Spearwood store earlier this year.

“The cost saving that we make in between, we pass that on to the customer.”

Court rules on $51 million raised by Celeste Barber during bushfires

Future of virus-stricken livestock ship to be decided in days