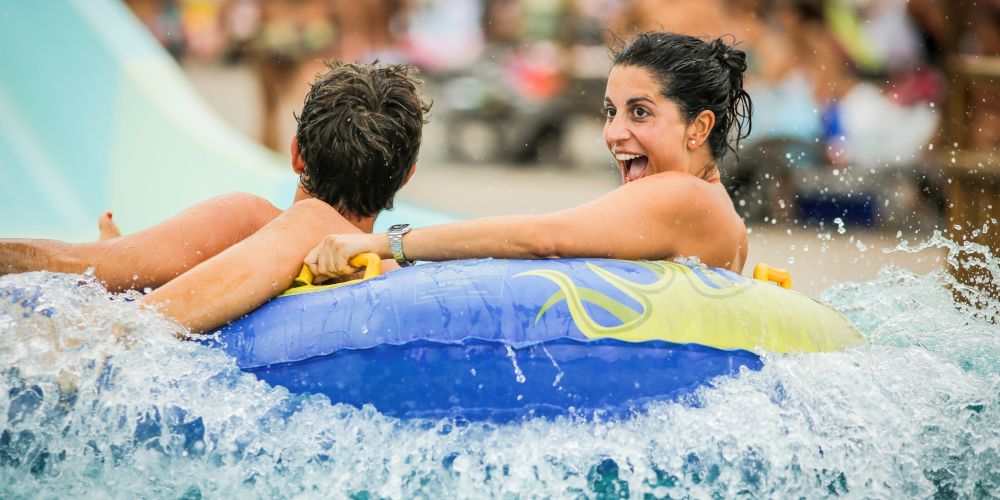 PERTH’S Outback Splash is preparing to open its six-storey waterslide tower in less than two weeks.

Those include two raft slides called ‘The Wall’ and ‘Blackout’, an enclosed golden speed slide called ‘Gold Rush’ and WA’s fastest body slide, aptly named ‘The Wedgie’, which will see riders plunge downward at speeds of up to 75km/h.

Director Paul Woodcock said anticipation was building, with everything on track for the public opening on November 20 at the Bullsbrook park.

Already planning future upgrades, Mr Woodcock said there was high public demand for a pool and other upgrades to the park’s year-round attractions were also being considered.

The slide tower was engineered with shade in mind and will have a solid roof to keep guests and the park’s crew in almost full shade all day.

Construction is nearing completion, with our new waterslide tower set to open from November 20, 2019, in time for Summer and next school holidays. Check out the EPIC construction video by Offshoot Content 🏗👷‍♀️👷‍♂️💦🚧🎥Designed and constructed by Polin Waterparks and Swimplex Aquatics, the new six-storey slide tower features 4 NEW SLIDES; 2 raft slides, an extreme thrill slide and WA’s fastest body slide, combining to 489 metres or almost half a kilometre in length of waterslides.Season Passes on sale now: https://www.outbacksplash.com.au/season-pass/

The stairwell intertwines the tower itself, providing shade for riders on their ascent up 101 steps to the top and there will be a shade sail over the queuing area.

Other upgrades included renovations to kiosk, adding a shaded outdoor seating area, new party cabanas and a mural by Hans Bruechle in the The Burger Bar (previously Cafe Iguana).

Tickets and Season Passes can be bought online at outbacksplash.com.au or at the ticket office on arrival.

#AskNASA What is Hubble revealing about the universe?