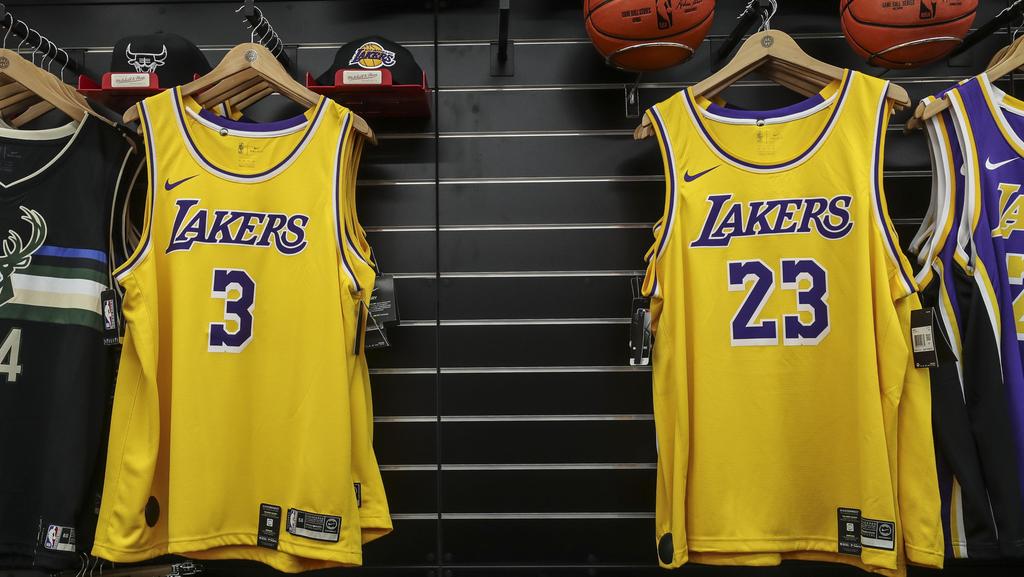 Dedicated fans are finding it hard to score any Kobe Bryant memorabilia, after most of the NBA star’s merchandise sold out within hours of his death.

Hoops Heaven basketball store in Perth virtually sold out of all their Bryant merchandise before doors opened on Monday - with the exception of one pair of Nike shoes.

Owner Jason Hughes said they were bombarded with online orders.

“We just got stock that usually lasts a couple of months. We got it in last week and sold out within hours of the news,” he said.

Fans appear happy to settle with any Los Angeles Lakers-related merchandise, with clothes flying off the shelves.

Mr Hughes said restocking was likely to be difficult amid worldwide demand from grieving fans.

“From the discussions we’ve had with the brands, it’ll take a while to restock,” he explained.

Retail giant Jim Kidd Sports has also had been bombarded by fans trying to buy the Bryant “Black Mamba” basketball.

Bryant and his 13-year-old daughter Gianna were killed in a helicopter crash in LA on Sunday morning, which killed all nine people onboard.

There have been reports Nike’s online store also sold out of Bryant merchandise.

Instead, customers are directed to a tribute message from the company.

“Along with millions of athletes and fans throughout the world, we are devastated by today’s tragic news,” the statement read.

“We extend our deepest sympathies to those closest to Kobe, especially his family and friends.

“He was one of the greatest athletes of his generation and has had an immeasurable impact on the world of sport and the community of basketball.

“He was a beloved member of the Nike Family. We will miss him greatly forever. Mamba Forever.”