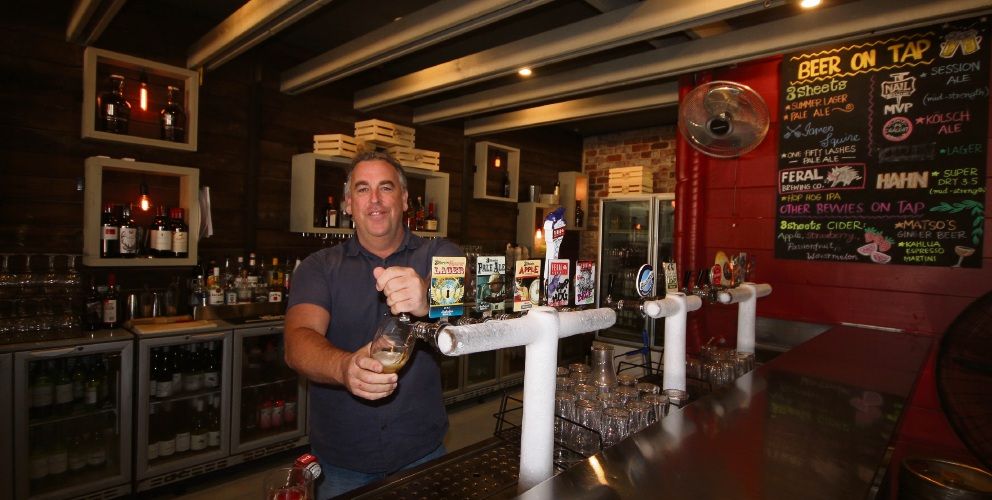 A POPULAR northern suburbs restaurant has undergone a little “nip and tuck” facelift as the owners prepare to open their third venue and trial an ordering app.

Toby Evans and his UK-based brother James opened the first 3Sheets restaurant at Sorrento Quay Boardwalk about five years ago.

“After five years we closed down for two weeks and it’s been refurbished,” he said.

Mr Evans said they planned to trial an app for customers to order from their tables at the second venue, 3Sheets on the Lake in Woodlands, in September then roll it out to the Hillarys restaurant.

“One of the most exciting things that we’ve got is the new ordering app on the phone,” he said.

While they would still offer table and bar service, Mr Evans said the app would allow customers to order more food or drinks without leaving their tables if wait staff were busy.

In October they plan to open a third restaurant, 3Sheets on the Track near Butler train station.

Mr Evans said it would have a different atmosphere and menu to suit customers in the area, with 12 beers and ciders on tap, and would include a play area.

“We don’t want to be a chain restaurant; each 3Sheets they go to will be it’s own unique experience,” he said.

“Some people come to Hillarys for a treat whereas in our other place in Woodlands it’s more healthy living.”

While headlines were often dominated by businesses closing down, Mr Evans said the 3Sheets group was doing well and expected to be part of the revitalisation at Sorrento Quay.

“We are really excited about the future down here,” he said.

“It’s one of the few places with free parking where you can park at the back door.”

Other restaurants that will soon open at Sorrento Quay include a bigger Little C’s Pizzeria and Bar in the site previously occupied by California Pizza Kitchen, and Old Wild West burger and steak house near the Breakwater in September.

The existing 3Sheets restaurants employ about 120 people and Mr Evans said there would be another 30 full-time, part-time and casual jobs at the Butler restaurant, with recruitment to start in late September.

“We are very much about supporting the local job market,” he said.

He and James had worked in retail before entering the restaurant industry, having started working in their parents’ joke shop when they were about seven to nine years old.

“It was all about customer service,” he said.

“(Whether) you are selling a fake spider or a pizza, the customer still has to have enjoyed that experience.”

Mr Evans said they based the family-friendly restaurants on “everything we love when we take our children out”.

He said technology made it easy for his brother to be involved in the business while based in the UK.

“One of the benefits is UK is about a year ahead of here in dining trends,” he said.

“I will go over and pick it up and bring it back here.”

Here's what is staying open and closing in Melbourne

How stage four restrictions could affect businesses, workers and jobs

Who will get the new JobKeeper payments

Spending surges as people drop cash for taps during pandemic

Industries cashing in on JobKeeper

Devin McCourty Calls Out the NFL